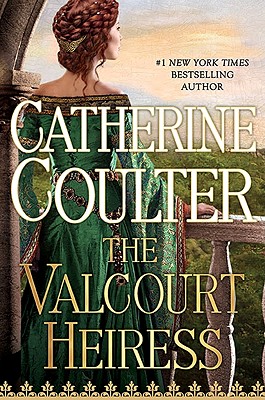 Set in medieval England, this lively historical romance delivers the trademark wit that fans have come to know and love from the #1 "New York Times"-bestselling author.
When Garron of Kersey returns home from the king's service to claim his title as Baron Wareham, he's shocked to find Wareham Castle very nearly destroyed by a man called the Black Demon.
According to the last starving servants still clinging to life inside the castle walls, the Black Demon was looking for gold belonging to Garron's brother Arthur. Among his remaining servants is the enigmatic Merry, the bastard child of the castle's priest. Garron quickly realizes that she is much more than a servant: She reads and writes and makes lists, just as he does. Together they bring Wareham back to its former splendor.
But this is only the beginning. Did Arthur have a cache of gold? Who is the Black Demon? And the biggest question of all: Who is Merry?


Praise For The Valcourt Heiress…

"Coulter is a multitalented author who moves from traditional Regency romance to modern-day thrillers with ease. After decades she returns to the Middle Ages with a sprightly tale that showcases her hallmark sense of humor, skill for crafting a clever mystery, and ability to create "witchy" characters who draw on the atmosphere of the era. Readers will be enthralled through the surprising, smart climax of this enchanting romance."
-Romantic Times