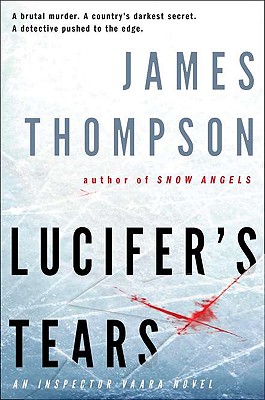 Inspector Kari Vaara returns, more haunted than ever, in the follow- up to "Snow Angels," "a must for fans of the international crime novel." ("Booklist")
The Sufia Elmi case left Kari Vaara with a scarred face, chronic insomnia, a constant migraine, and a full body count's worth of ghosts. Now it's a year later, in Helsinki, and Kari is working the graveyard shift in the homicide unit, terrified that his heavily pregnant wife will miscarry again after she lost the twins just after Christmas.
Kari is pushed into investigating a ninety-year-old national hero for war crimes committed during World War II. The Interior Minister demands a conclusion of innocence, preserving Finland's heroic perception about itself and its role in the war, but Germany wants extradition.
In a seeming coincidence, Kari is drawn into the murder-by-torture case of Iisa Filippov, the philandering wife of a Russian businessman. Her lover is clearly being framed for the crime-and Ivan Filippov's arrogance and nonchalance point the finger at him. But he's being protected from above, leading Kari to the corrupt corridors of power. Soon the past and present collide in ways no one could have anticipated.

James Thompson, eastern Kentucky born and raised, has lived in Finland for the past decade and currently makes his home in Helsinki with his wife. Before becoming a full-time writer, Thompson studied Swedish and Finnish, in which he is fluent, and worked as a bartender, bouncer, construction worker, photographer, rare coin dealer, and soldier.
or
Not Currently Available for Direct Purchase
Copyright © 2020 American Booksellers Association