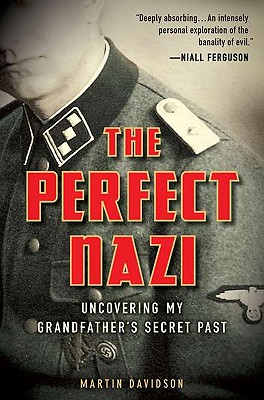 Part personal quest, part family memoir, part World War II history- and one horrifying family secret.
What if you found out that your grandfather-the man who had been a demanding, magnetic presence throughout your childhood-was a Nazi SS officer? This is the confession that Martin Davidson, already into middle age, received from his mother upon his grandfather Bruno Langbehn's death, and The Perfect Nazi is Davidson's exploration, using the skills he honed as a documentary producer for the BBC, of the truth behind this dark family secret.
As Martin dove into his research, drawing on an astonishing cache of personal documents as well as eyewitness accounts of this historical period, he learned that Bruno's story moved lock-step in time with the rise and fall of the Nazi party. He realized that his grandfather was in many ways the "perfect Nazi," his individual experiences emblematic of the generation of Germans who would plunge the world into such darkness-and he discovered all that he would have to come to terms with.