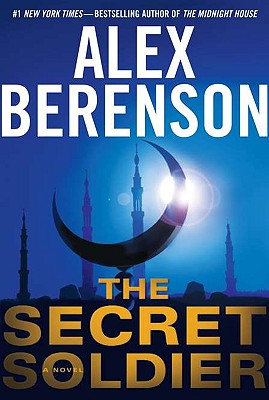 John Wells goes undercover in Saudi Arabia in a cutting-edge novel of modern suspense from the #1 "New York Times"-bestselling author.
John Wells may have left the CIA, but it hasn't left him. A mysterious call brings a surprise meeting with the aged monarch of Saudi Arabia, King Abdullah. "My kingdom is on a precipice," he tells Wells. "Powerful factions are plotting against me, and my own family is in danger. I don't know who I can trust, but I'm told I can trust you."
Reluctantly, and with the secret blessing of the CIA, Wells goes undercover; but the more he learns, the more complicated things become, and soon he, too, is unsure whom to trust, in Saudi Arabia or Washington. One thing, however, is clear: If the conspirators prevail, it will mean more than the fall of a monarch-it may be the beginning of the final conflagration between America and Islam.


Praise For The Secret Soldier…

Praise for The Midnight House

"A rare thriller that combines intelligence and humanity."
-Smart Money

As a reporter for "The New York Times," Alex Berenson has covered topics ranging from the occupation of Iraq to the flooding of New Orleans to the financial crimes of Bernie Madoff. His previous novels include "The Faithful Spy," winner of the 2007 Edgar Award, and "The Ghost War." He lives in New York City.
Loading...
or
Not Currently Available for Direct Purchase