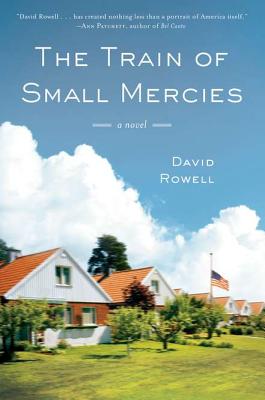 In haunting and crystalline prose, "The Train of Small Mercies" follows six characters' intrepid search for hope among the debris of an American tragedy.

In New York, a young black porter struggles through his first day on the job-a staggering assignment aboard Robert F. Kennedy's funeral train. In Pennsylvania, a woman creates a tangle of lies to sneak away from her disapproving husband and pay her respects to the slain senator, dragging her child with her. In Maryland, a wounded young soldier awaits a newspaper interview that his parents hope will restore his damaged self-esteem. And in Washington, an Irish nanny in town to interview with the Kennedy family must reconcile the lost opportunity and the chance to start her life anew.

David Rowell is an editor at the Washington Post Magazine. He has taught literary journalism in the MFA department at American University. An alumnus of the University of North Carolina at Chapel Hill, he lives in Silver Spring, Maryland, with his wife and their two sons. This is his first novel.
or
Not Currently Available for Direct Purchase