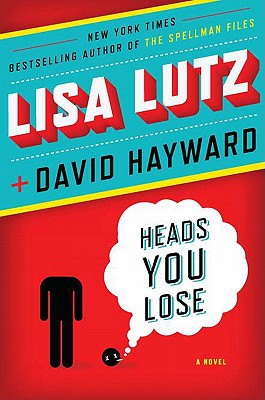 "New York Times"-bestselling author Lisa Lutz conspires with-or should we say "against"?-coauthor David Hayward to write an original and hilarious tag-team crime novel.
Meet Paul and Lacey Hansen: orphaned, pot-growing twentysomething siblings eking out a living in rural Northern California. When a headless corpse appears on their property, they can't exactly dial 911, so they move the body and wait for the police to find it. Instead, the corpse reappears, a few days riper . . . and an amateur sleuth is born. Make that two.
When collaborators Lutz and Hayward (former romantic partners) start to disagree about how the story should unfold, the body count rises, victims and suspects alike develop surprising characteristics (meet Brandy Chester, the stripper with the Mensa IQ), and sibling rivalry reaches homicidal intensity. Think "Adaptation" crossed with "Weeds." Will the authors solve the mystery without killing each other first?
Watch Videos