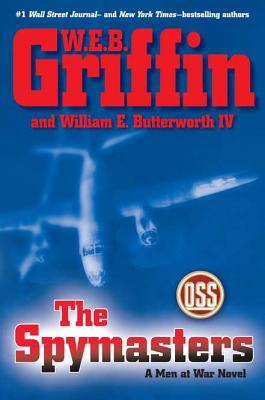 Summer 1943. Two of the Allies most important plans for winning World War II are at grave risk Operation Overlord's invasion of France, and the Manhattan Project's race to build the atomic bomb. A furious FDR turns to OSS spy chief Wild Bill Donovan and Donovan turns to his top agent, Dick Canidy, and his team. They ve certainly got their work cut out for them.
In the weeks to come, they must fight not only the enemy in the field including figuring out how to sabotage Germany's new aerial torpedo rockets but the enemy within: Someone is feeding Manhattan Project secrets to the Soviets. Moles are bad enough. But if the Soviets build their own atomic bomb . . . who knows where that might lead?

W. E. B. Griffin is the author of six bestselling series.

William E. Butterworth IV has worked closely with his father for nearly a decade, and is the coauthor of six previous books with him, most recently "The Vigilantes" and "The Outlaws."
Loading...
or
Not Currently Available for Direct Purchase