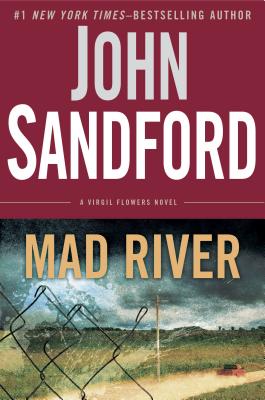 Bonnie and Clyde, they thought. And what s-his-name, the sidekick. Three teenagers with dead-end lives, and chips on their shoulders, and guns.
The first person they killed was a highway patrolman. The second was a woman during a robbery. Then, hell, why not keep on going? As their crime spree cuts a swath through rural Minnesota, some of it captured on the killers cell phones and sent to a local television station, Bureau of Criminal Apprehension investigator Virgil Flowers joins the growing army of cops trying to run them down. But even he doesn t realize what's about to happen next.

Praise for John Sandford's MAD RIVER:
“The best entry in a stellar series” – Booklist (starred review) “A high-octane thrill ride. Virgil pulls out all the stops.” – Publishers Weekly “Wonderfully entertaining” – St. Louis Post-Dispatch “The greatest strength of Mad River lies in Flowers himself. It’s hard to think of a more balanced and genial investigative hero, yet he’s still able to keep cops and bad guys alike in line. The killers’ motivations and dynamic remain riveting until the final pages.” – Shelf Awareness  “There are few events more welcome in the literary world than the appearance of another John Sandford book. Mad River is shot through with dark humor from all sides [and] the violence that is the driving force of the book ratchets up the suspense to an almost excruciating degree.” – Bookreporter.com