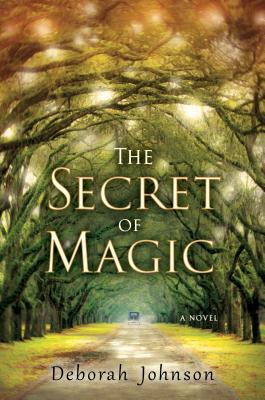 The Secret of Magic

In 1946, a young female attorney from New York City attempts the impossible: attaining justice for a black man in the Deep South.

Regina Robichard works for Thurgood Marshall, who receives an unusual letter asking the NAACP to investigate the murder of a returning black war hero. It is signed by M. P. Calhoun, the most reclusive author in the country.

As a child, Regina was captivated by Calhoun's "The Secret of Magic," a novel in which white and black children played together in a magical forest.
Once down in Mississippi, Regina finds that nothing in the South is as it seems. She must navigate the muddy waters of racism, relationships, and her own tragic past."The Secret of Magic" brilliantly explores the power of stories and those who tell them.


Praise For The Secret of Magic…

"You can almost hear the rustle of Spanish moss and the clink of ice cubes in glasses of sweet tea in Johnson's novel, which captures the duality of the Jim Crow South. When a black war hero is murdered in Revere, MS, the NAACP sends Regina Robichard to investigate. As Regina navigates Revere with both horror and wonder, Johnson interweaves her story with a novel by a local matriarch, steeping the reader in town mythology. … [a] rich portrayal of Revere and its inhabitants." —Entertainment Weekly, A-

“I found this story about race, The South, our country, part history, part mystery—never disappointing. Like The South she tragically portrays, The Secret of Magic is a layered tale of the best and worst of our history, beautifully wrought by a master storyteller.” —Robert Hicks, New York Times–bestselling author of Widow of the South and A Separate Country   “The secret (and magic) in The Secret of Magic is in Deborah Johnson’s powerful writing, creating character and story that will linger long after the reading.” —Terry Kay, author of To Dance with the White Dog and The Book of Marie   “Johnson’s story brings authentic history to light, yet suggests a seed of reconciliation. Fantastic!” —Augusta Trobaugh, author of Sophie and the Rising Sun and The Tea-Olive Bird Watching Society

Deborah Johnson is the author of "The Air Between Us," which received the Mississippi Library Association Award for fiction. She now lives in Columbus, Mississippi, and is working on her next novel.