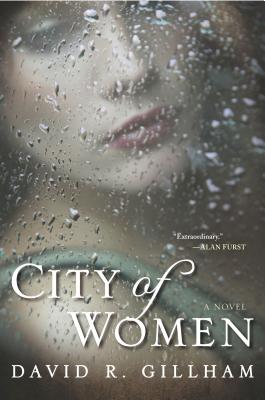 Whom do you trust, whom do you love, and who can be saved?

It is 1943 the height of the Second World War and Berlin has essentially become a city of women.
Sigrid Schroder is, for all intents and purposes, the model German soldier's wife: She goes to work every day, does as much with her rations as she can, and dutifully cares for her meddling mother-in-law, all the while ignoring the horrific immoralities of the regime. But behind this facade is an entirely different Sigrid, a woman who dreams of her former lover, now lost in the chaos of the war. Her lover is a Jew.
But Sigrid is not the only one with secrets.
A high ranking SS officer and his family move down the hall and Sigrid finds herself pulled into their orbit. A young woman doing her duty-year is out of excuses before Sigrid can even ask her any questions. And then there's the blind man selling pencils on the corner, whose eyes Sigrid can feel following her from behind the darkness of his goggles.
Soon Sigrid is embroiled in a world she knew nothing about, and as her eyes open to the reality around her, the carefully constructed fortress of solitude she has built over the years begins to collapse. She must choose to act on what is right and what is wrong, and what falls somewhere in the shadows between the two.
In this page-turning novel, David Gillham explores what happens to ordinary people thrust into extraordinary times, and how the choices they make can be the difference between life and death.

Praise For City of Women…

“David Gillham’s excellent new novel, City of Women, is built on one of the most extraordinary and faithful re-creations of a time in history—Berlin in World War II—that I’ve ever read.”    —Alan Furst,  New York Times–bestselling author of Spies of the Balkans

“In this moving and masterful debut, David Gillham brings war-torn Berlin to life and reveals the extraordinary mettle of women tested to their limits and beyond. Powerful and piercingly real. You won’t soon forget these characters.”    —Paula McLain, New York Times–bestselling author of The Paris Wife

“Haunting and sensual, City of Women is a story of survival, of the unfathomable choices made and consequences suffered by those pushed to the brink. David Gillham has depicted a little-known aspect of the war with humanity and grace.” —Pam Jenoff, internationally bestselling author of The Things We Cherished

“If you enjoy beautiful story telling, gripping suspense, and a distractingly romantic plot, this is the book for you! An exciting, page turning read!” —Kathleen Grissom, New York Times–bestselling author of The Kitchen House

“City of Women is a big, brilliant, passionate book, a masterful evocation of Hitler’s Berlin in all its claustrophobia, duplicity, and fear. This is a thriller of searing intensity. . . .  I found it utterly compelling.” —Margaret Leroy, New York Times–bestselling author of The Soldier’s Wife


“Page-turning and suspenseful, with a morally complex, intelligent heroine…If you’re a fan of well-written historical novels in the vein of Ann Patchett’s Bel Canto, this one is for you.”—Slate

One of Kirkus Review’s Best Fiction Books of 2012

David R. Gillham is the "New York Times"-bestselling author of "City of Women." He spent more than a decade in the book business. He lives with his family in western Massachusetts and is currently working on his second novel.
Loading...
or
Not Currently Available for Direct Purchase