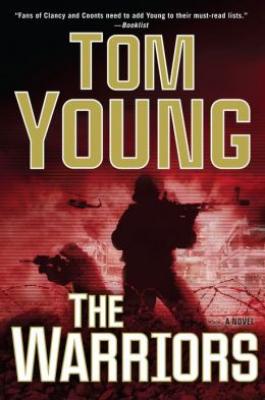 The remarkable new suspense novel from the man "who has been there and done that" (W. E. B. Griffin)--"Fans of Clancy and Coonts need to add Young to their must-read lists" ("Booklist").
Lieutenant Colonel Michael Parson has seen plenty of action lately, so he's happy with his new assignment as safety officer at a Kyrgyzstan air base. It's a pretty laidback way to spend the next year.
Or so he thought. On his second day, a C-27 crashes on the runway with a load of electronic gear--and opium. Recruiting his battle companion Sergeant Major Sophia Gold as interpreter, he investigates not only the crash but the source of the cargo, and the answers they find will lead them into a conflict as lethal as any they have known.
A new Balkan war is brewing, driven by a man of ruthless ambition. Parson himself flew during the wars in Bosnia and Kosovo, so he's known their horror firsthand. But neither he nor Gold has seen anything like what's about to happen now.


Praise For The Warriors…

Praise for The Warriors

“Young’s plots create a lot of dramatic heat, and his characters, ordinary Americans caught up in the disasters of our politically tumultuous times, behave in such ways as to win the reader’s affection even as the novelist himself works with great care and energy to win the reader’s trust . . . Reading Tom Young’s fiction gives you the idea of what actual modern combat might be like, not what someone may imagine it to be. His personal experience plus a good dose of narrative craft lead to yet another triumph of the fiction of contemporary warfare.”—The Dallas Morning News

“A terrific addition to what has become an exemplary series . . . Young handles all the military thriller logistics like a seasoned pro . . . but it's his superior writing that elevates this book above most of the others in this crowded subgenre.”—Publishers Weekly (starred review)

“[Young] is an assured stylist with a gift for subtle characterizations and tightly controlled action scenes. The novel has moral depth as well . . . An expertly rendered tale of lingering hostilities rooted in the former Yugoslavia.”—Kirkus Reviews

“Young experienced the events of the Balkan wars first hand, and his knowledge translates well to the page. The reader develops a true understanding of the atrocities that occurred in the region and shares Young’s concern, expressed in an afterword, that this level of ethnic violence never happens again.”—Booklist

“Part of Tom Young’s attraction for readers is his sense of history and ability to explain the complicated origins of past conflicts . . . [and] as all good action thrillers do, The Warriors ends with a satisfying bang-up climax. Certainly fans of Tom Young couldn’t ask for more.”—Washington Independent Review of Books

Tom Young has logged more than 4,000 hours for the Air National Guard in Iraq, Afghanistan, Kosovo, Bosnia, and elsewhere. The author of "The Mullah's Storm," "Silent Enemy," and "The Renegades," he lives in Alexandria, Virginia.
Loading...
or
Not Currently Available for Direct Purchase