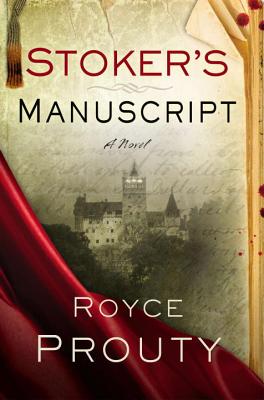 When rare-manuscript expert Joseph Barkeley is hired to authenticate and purchase the original draft and notes for Bram Stoker's "Dracula," little does he know that the reclusive buyer is a member of the oldest family in Transylvania.
After delivering the manuscript to the legendary Bran Castle in Romania, Barkeley a Romanian orphan himself realizes to his horror that he's become a prisoner to the son of Vlad Dracul. To earn his freedom, Barkeley must decipher cryptic messages hidden in the text of the original Dracula that reveal the burial sites of certain Dracul family members. Barkeley's only hope is to ensure that he does not exhaust his usefulness to his captor until he's able to escape. Soon he discovers secrets about his own lineage that suggest his selection for the task was more than coincidence. In this knowledge may lie Barkeley's salvation or his doom. For now he must choose between a coward's flight and a mortal conflict against an ancient foe.
Building on actual international events surrounding the publication of Bram Stoker's original novel, Royce Prouty has written a spellbinding debut novel that ranges from 1890s Chicago, London, and Transylvania to the perilous present.

Royce Prouty is a CPA and business consultant. He and his wife live in Southern California. Stoker's Manuscript is his first novel.

“Prouty’s tale captivates with chilling and just enough blood-soaked scenes to intrigue but not overwhelm the reader. It is packed with historical references and asides, which add richness and depth even for readers who are not history buffs.”
—Library Journal

"It’s almost impossible not to keep reading. Prouty’s careful, sometimes daring mingling of history and legend with fiction makes for a tantalizing novel in which he interweaves, to great effect, some of the mysteries surrounding the genesis of Dracula’s writing. Stoker’s Manuscript is a modernized, self-aware, meta-retelling of Dracula.... Newcomers to Stoker’s masterpiece will want to go back and read the original tale, and the already diehard fan will want to re-read it.”
—John Edgar Browning, editor of The Forgotten Writings of Bram Stoker

“In all, a fun read, well-plotted….An obvious choice for fans of Dracula and Frankenstein.”
—Kirkus
“Stoker's Manuscript is a thriller with bite.”  — Fort Worth Star-Telegram