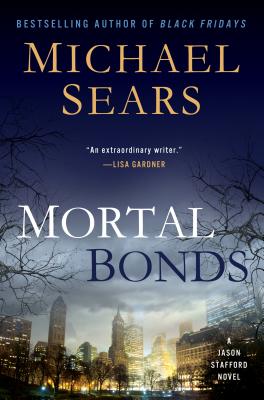 From the author of the extraordinary Edgar-nominated debut novel "Black Fridays," a sensational story of murder and financial corruption--and one man's continued search for redemption.
William von Becker ran one of the largest privately held investment banks in North America, until the bottom fell out, and the whole edifice was demonstrated to be a fraud.
After von Becker dies in prison, financial investigator Jason Stafford is hired by his family. There is still a lot of missing money out there, he's told, and they want Stafford to find it before the Feds do--and certain other parties, some of whom are nowhere near as scrupulous in their methods. Bad things start happening to the people Stafford talks to. Soon bad things are happening to him as well.
Making it worse, his treacherous ex-wife has come to town, ostensibly to visit their young son. Stafford suspects there's more to it than that, but even he has no idea how much that visit is about to change all their lives--and send him off to the next chapter of his life.

“A twisty tale of greed, double-crossing and families bonds both good and very, very bad. Grade: A”— Cleveland Plain-Dealer

“Sears’ brisk plot packs in believable action while also delivering a heartfelt character study of a man trying to rebuild his life.”—Mystery Scene

“Sears expertly continues to use financial corruption as a cautionary tale about greed while delivering a heartfelt character study of a man rebuilding his life.”—South Florida Sun-Sentinel

“The bestselling author who brought readers the unforgettable novel, “Black Fridays,” has most definitely followed up with a sequel that will blow your mind. This, like the first novel, will be one book you’ll want to read over and over again.”—Suspense Magazine

“As densely plotted as Sears’ strong debut (Black Fridays, 2012), with complications that keep mounting in the race to the final curtain.”—Kirkus Reviews

“Sears has a good feel for New York, where most of the action is set, for the world of finance (intelligently explained), for dialogue, and for the thriller genre.”—Booklist

MICHAEL SEARS spent more than twenty years on Wall Street, rising to become a managing director at Paine Webber and Jefferies & Co., before leaving the business in 2005. He is the author of "Black Fridays." He lives in Sea Cliff, New York.
or
Not Currently Available for Direct Purchase