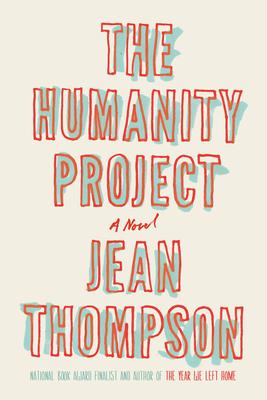 From the "New York Times" bestselling author of "The Year We Left Home," a dazzling new novel already being hailed as an instantly addictive...tale of yearning, paradox, and hope. ("Booklist")
After surviving a shooting at her high school, Linnea is packed off to live with her estranged father, Art, who doesn t quite understand how he has suddenly become responsible for raising a sullen adolescent girl. Art's neighbor, Christie, is a nurse distracted by an eccentric patient, Mrs. Foster, who has given Christie the reins to her Humanity Project, a bizarre and well-endowed charity fund. Just as mysteriously, no one seems to know where Conner, the Fosters handyman, goes after work, but he has become the one person Linnea can confide in, perhaps because his own home life is a war zone: his father has suffered an injury and become addicted to painkillers. As these characters and many more hurtle toward their fates, the Humanity Project is born: Can you indeed pay someone to be good? At what price?
Thompson proves herself at the height of her powers in "The Humanity Project," crafting emotionally suspenseful and thoroughly entertaining characters, in which we inevitably see ourselves. Set against the backdrop of current events and cultural calamity, it is at once a multifaceted ensemble drama and a deftly observant story of our twenty-first-century society.


Praise For The Humanity Project…

“[A] bracing narrative stance and a tart political viewpoint....[Thompson] is eerily good at inhabiting a wide range of perspectives and has a fine ear for the way young people speak to one another.... a novel that doesn’t pretend to have any answers, comfortable or otherwise, but that vividly, insistently poses questions we should be asking.”
—Suzanne Berne, The New York Times

“Thompson achieves exceptional clarity and force in this instantly addictive, tectonically shifting novel. As always, her affection and compassion for her characters draw you in close, as does her imaginative crafting of precarious situations and moments of sheer astonishment....Thompson infuses her characters’ bizarre, terrifying, and instructive misadventures with hilarity and profundity as she considers the wild versus the civilized, the “survival of the richest,” how and why we help and fail each other, and what it might mean to “build an authentic spiritual self.” Thompson is at her tender and scathing best in this tale of yearning, paradox, and hope.”
—Booklist, starred review

“[A] penetrating vision of a lower-middle-class family sinking fast....Thompson has a knack for rendering characters who are emotionally fluid but of a piece [and] caps the story with a smart twist ending that undoes many of the certainties the reader arrived at in the preceding pages. A rare case of a novel getting it both ways: A formal, tightly constructed narrative that accommodates the mess of everyday lives.”
—Kirkus, starred review

“In prose that is gorgeously written but never showy...The Humanity Project rewards readers with the kind of immersive, thought-provoking experience that only expert storytelling can provide.”
—Justin Glanville, Cleveland Plain Dealer

“[E]vocative [and] often colored by a smart, dark humor...Conflicted, complex and compassionate when you least expect it: That’s us in a nutshell—and in Thompson’s ultimately profound novel.”
—Connie Ogle, The Miami Herald

“[A] forthright piece of social criticism...Thompson is also an accomplished story writer...attuned to the callousness of 21st-century society, its comedic elements, its misguided efforts to right itself, its often tragic results....There’s real beauty in the way Thompson has [characters] serve one another, even if that loving service is often not enough. It is, however, deeply human.”
—Helen Schulman, The New York Times Book Review

“Wise and absorbing, this is one not to miss.”
—People, for The Year We Left Home

“Wry and tender … such is Thompson’s artistry that moments of everyday sorrow and nobility made me weep.”
—John Repp, Cleveland Plain Dealer, for The Year We Left Home

“Told with extraordinary grace … the clan at the center of Jean Thompson’s spare, startlingly resonant new novel remain inextricably linked to the place that made them, even as they reach for lives richer in both geography and purpose.”
—Leah Greenblatt, Entertainment Weekly, for The Year We Left Home

“Dazzling … unforgettable … The novel is a powerful reflection on middle American life – on the changes wrought by the passing years and values that endure … Masterful.”
—Kirkus Reviews, STARRED review for The Year We Left Home

“Plumbs the American heart with rigor and intensity, seamlessly connecting one family’s fortunes to those of the larger national community.”
—Liza Nelson, O: The Oprah Magazine, for The Year We Left Home

“Enlightening and quietly brilliant … Thompson is a master.”
—Connie Ogle, The Miami Herald, for The Year We Left Home

“Startlingly good … you may forget that some of the characters don’t really exist, that the Iowa farm family so expertly drawn by the author never drew breath themselves.”
—Julia Keller, Chicago Tribune, for The Year We Left Home

"If there are 'Jean Thompson characters,' they're us, and never have we been so articulate and worthy of compassion. These stories confirm that no one is beneath her interest, or beyond her sure and seemingly limitless reach."
—David Sedaris

"Her stories linger and seep into your dreams."
—Bernard Cooper, author of The Bill from My Father

Jean Thompson is the author of five previous novels, among them "The Year We Left Home," "City Boy" (a National Book Award finalist), and "Wide Blue Yonder"; and five story collections. She lives in Urbana, Illinois.
Loading...
or
Not Currently Available for Direct Purchase