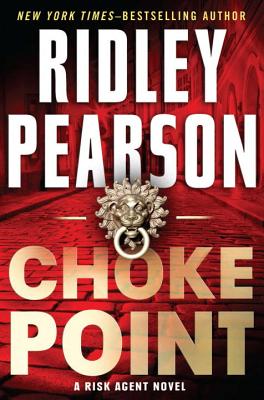 When an award-winning foreign journalist reveals the existence of an Amsterdam-based sweatshop known as a "knot shop" that employs and enslaves young girls as laborers, private security firm Rutherford Risk is hired by a philanthropist to find it and shut it down.
David "Sarge" Dulwich, Knox's former boss from their government contractor days, knows that Knox's cultural knowledge, combat skills, and sympathy for the abused make him right for the job. Joined by Grace Chu, whose more subtle skills for acquiring sensitive tech information help to balance Knox's improvisational style, he heads to Amsterdam in an attempt to dismantle the child labor operation and rescue the girls. In their way is a crime organization that has permeated the neighborhoods with goodwill turning even the victims' parents against their would-be saviors. With enemies around every corner, Knox and Grace can't tell the good from the bad.

"John Knox and Grace Chu (The Risk Agent) return in another high-stakes international thriller set this time in Amsterdam…. Pearson has written another compelling thriller. Knox and Chu are protagonists who engage the reader…. A winner.”
— Library Journal

"[Chu and Knox] make a good team, with his brawn and her brains, as they fight and kill their way to the top of the child-abuse cabal. Plenty of action and some steamy sex help make the pages fly by."   —Publishers Weekly

"It's obvious why Pearson has earned praise as thriller grand master; the pacing is flawlessly anxiety ridden, and the investigative elements are richly layered."
—Booklist

Praise for THE RISK AGENT
“Rich with the atmosphere of Shanghai…and filled with breathtaking suspense. …Famous for his plotting and attention to details, Pearson is off to a great start with his compelling and multilayered new protagonists.” —Library Journal (starred)

“A cunning thriller worthy of the promised series… Exotic locale. Credible heroics. Vicarious thrills. Fans will want more, and soon.”
—Kirkus Reviews
“Pearson, who lived with his family in Shanghai for a year, has created an intense and realistic thriller. The atmosphere and culture of China draw readers into a new world.... With “The Risk Agent,” he has a great start to what appears to be a new series.” —Associated Press

"Forensic accountant Grace Chu is a cool, whip-smart beauty trained in the Chinese military. John Knox is a combat veteran with focus and ferocity in equal measure....Pearson renders steady suspense and a vibrant portrait of a city that blends history, mystery, and a remarkably resilient citizenry." —Booklist

Ridley Pearson is the author of more than two dozen novels, including the "New York Times" bestsellers "The Risk Agent, In Harm s Way," "Killer Summer," "Killer View" and "Killer Weekend;"the bestselling Lou Boldt crime series; and many books for young readers. He lives with his wife and two daughters, dividing his time between St. Louis, Missouri, and Hailey, Idaho."
Loading...
or
Not Currently Available for Direct Purchase