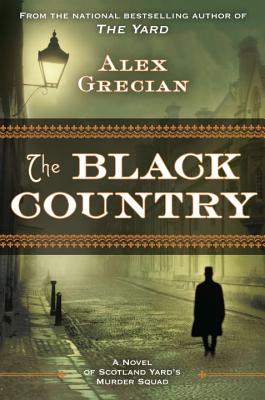 Scotland Yard's Murder Squad returns, in the stunning new historical thriller from the author of the acclaimed national bestseller "The Yard."
The British Midlands. It's called the Black Country for a reason. Bad things happen there.
When members of a prominent family disappear from a coal-mining village and a human eyeball is discovered in a bird's nest the local constable sends for help from Scotland Yard's new Murder Squad. Fresh off the grisly 1889 murders of The Yard, Inspector Walter Day and Sergeant Nevil Hammersmith respond, but they have no idea what they re about to get into. The villagers have intense, intertwined histories. Everybody bears a secret. Superstitions abound. And the village itself is slowly sinking into the mines beneath it.
Not even the arrival of forensics pioneer Dr. Bernard Kingsley seems to help. In fact, the more the three of them investigate, the more they realize they may never be allowed to leave. . . .


Praise For The Black Country…

Praise for THE BLACK COUNTRY

“It isn’t often that a mystery-thriller enthralls so completely . . . but as usual with Mr. Grecian, there is more to this tale than complex plotting. [The] book brings to life the murky collision of two worlds in the Victorian era: traditional folklore and modern science.  This intersection, captured so well by authors of the period, from Charles Dickens to Thomas Hardy, was fraught with complex questions about identity, authority, and belief . . . The Black Country captures all of these nuances while preserving the fast-paced plotting and breathlessness of a first-rate thriller . . . Whether you read the tale in the dark night of winter of the haze of a summer sun, be prepared for the chill.  The days are dark in Black Country.”—The Huffington Post

“I enjoyed the swift pacing of Grecian's story, its abundant period detail and its exuberantly gruesome tone . . . The gentlemanly, no-nonsense banter of the detectives in the face of evil is one of the prime pleasures of this riveting Victorian procedural.”—NPR.org

“Grecian’s (The Yard) latest Murder Squad adventure is a fast-paced homage to the Victorian countryside mysteries of Wilkie Collins and Charles Dickens. Recommended for Anglophiles, period mystery enthusiasts, and anyone interested in medical Victoriana.”—Library Journal

“[Grecian] presents with fine precision the gray and gritty atmosphere of late-Victorian England.”—Kirkus

Praise for THE YARD

"Lusciously rich with detail, atmosphere, and history, and yet as fast paced as a locomotive, The Yard will keep you riveted from page one. It's truly a one- or two-sitting read."—Jeffery Deaver, author of Carte Blanche and The Bone Collector

ALEX GRECIAN is the national bestselling author of "The Yard" and the long-running and critically acclaimed graphic novel series Proof. He lives in the Midwest with his wife and son.
Loading...
or
Not Currently Available for Direct Purchase