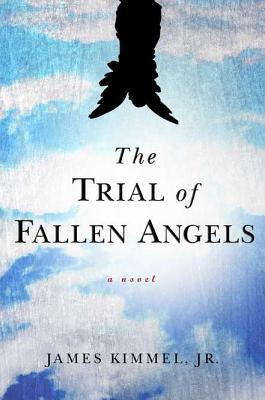 The Trial of Fallen Angels

For fans of "The Shack," Mitch Albom, and "The Lovely Bones," comes a novel about a lawyer of souls in the afterlife.
Brek Cuttler has it all: a husband she loves, a daughter she adores, a successful law practice. And then one day everything she has ever known disappears. Brek finds herself standing on a deserted train platform, covered in blood. As she tries to comprehend what is happening to her, a man from her past approaches and explains that she has been chosen to join the elite team of lawyers charged with prosecuting and defending souls at the Final Judgment.

As Brek struggles to find her way back to her husband and daughter, she will discover that her first client holds the shocking secret of her fate. That seemingly disparate events during her life have conspired to bring her to a single moment in time that will determine her eternity. And that every act of kindness and cruelty sets in motion things beyond our wildest imaginations.


Praise For The Trial of Fallen Angels…

“In a world seething with anger in search of so-called justice, James Kimmel, Jr., spins a heartbreaking story that delivers a rebuke with courage, intelligence, and elegant prose.”    —Bryan Gruley, author of The Skeleton Box

"In his first novel, Kimmel has created a thrilling and fantastic world, a heady combination of the movie What Dreams May Come, John Grisham’s best work, and Dante’s Divine Comedy. Sometimes dreamily lyrical and sometimes harshly realistic, Kimmel’s authorial voice is undeniably compelling. Raw, tender, and intelligent, The Trial of Fallen Angels is a fascinating glimpse into the judgment of lost souls and recovered memories." --Booklist (starred review)

"Kimmel pays readers a supreme compliment here by inviting them to take seriously the theological question of the Last Judgment.... An intriguing, intricate ,and metaphysical novel—not your typical fare." --Kirkus Reviews

"This powerful debut from lawyer Kimmel ... explores a myriad of spiritual concepts expressed in various religions. He deftly unveils each new charactyer and cleverly balances the positive and negative aspects of their lives. Building upon the memories of multiple generations, Kimmel has written a storring spiritual thriller" --Library Journal

James Kimmel, Jr., received a doctorate in jurisprudence from the University of Pennsylvania and is a lawyer who focuses on the intersection of law and spirituality. This is his first novel.
Loading...
or
Not Currently Available for Direct Purchase