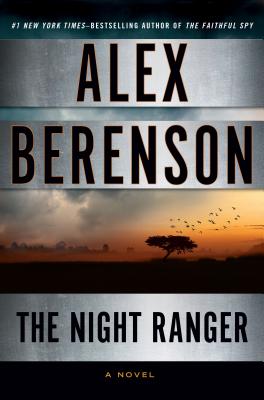 John Wells enters new territory, as he goes underground in East Africa to track four kidnapped Americans and the Somali bandits who snatched them, in the tough, thoughtful, electrifying new novel from the #1 "New York Times"-bestselling author.
Four friends, recent college graduates, travel to Kenya to work at a giant refugee camp for Somalis. Two men, two women, each with their own reasons for being there. But after twelve weeks, they re ready for a break and pile into a Land Cruiser for an adventure.
They get more than they bargained for. Bandits hijack them. They wake up in a hut, hooded, bound, no food or water. Hostages. As a personal favor, John Wells is asked to try to find them, but he does so reluctantly. East Africa isn t his usual playing field. And when he arrives, he finds that the truth behind the kidnappings is far more complex than he imagined.
The clock is ticking. The White House is edging closer to an invasion of Somalia. Wells has a unique ability to go undercover, and to make things happen, but if he can t find the hostages soon, they ll be dead and the U.S. may be in a war it never should have begun.

Praise For The Night Ranger…

Praise for THE NIGHT RANGER

"A tense thriller that relies equally on bravery, wit, and 21st-century American firepower . . . Berenson gives readers top-notch, fast-paced excitement in a part of the world unfamiliar to many Americans.  John Wells is a worthy hero readers can count on."—Kirkus Reviews

"The chaos of East Africa and the complex realities of relief efforts in that region form the backdrop for Edgar-winner Berenson's gripping seventh thriller . . . Taut prose, plausible action, and plenty of plot surprises ensure another winner for this perennial bestseller."—Publishers Weekly

Praise for Alex Berenson
“Alex Berenson is writing first-rate commercial fiction on a par with Daniel Silva.”—The Washington Post
“Berenson is one of the best writers in the espionage genre today.”—Chicago Sun-Times

“Berenson’s series of espionage thrillers featuring John Wells are among the most well-written, carefully-researched and meticulously plotted novels one is likely to encounter in any genre”—Bookreporter