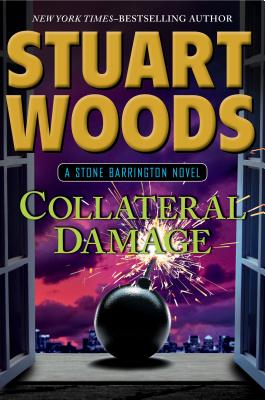 Stone Barrington returns in the stunning new thriller by the "New York Times" bestselling author.
Stone Barrington is back in Manhattan and pleased to receive an unexpected visit from his friend and sometime lover Holly Barker, now an assistant director at the CIA. For her part, Holly is glad to leave the staid, official environs of the capital for the dining and atmosphere of New York, but her sojourn isn t only for pleasure. An explosive incident requires her immediate attention and Stone's investigative expertise.
But what initially appears to be a clear-cut case soon becomes increasingly complex and dangerous. For in the secretive world of government intelligence, national interests all too often conflict with power grabs and turf wars, and extreme wealth allows even the most pursued rivals to slip through the cracks. As Stone and Holly follow the trail from London's posh embassy district to Manhattan's Upper East Side, they learn just how well the most cunning plans can be disguised... and how far some people will go to wreak vengeance.

Stuart Woods is the author of fifty novels, including the New York Times bestselling Stone Barrington and Holly Barker series. He is a native of Georgia and began his writing career in the advertising industry. Chiefs, his debut in 1981, won the Edgar Award. An avid sailor and pilot, Woods lives in New York City, Florida, and Maine."