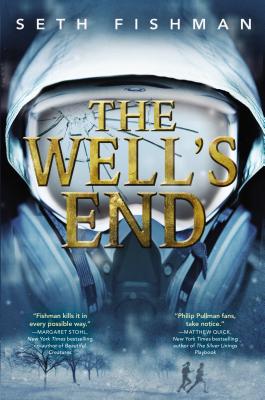 Sixteen-year-oldMia Kish'ssmall town of Fenton, Colorado is knownforthreethings: beinghome totheworld's tallest sycamore tree, the national chicken-thigh-eating contest and one of the ritziest boarding schools in the country, Westbrook Academy. But when emergency sirens start blaring and Westbrook is put on lockdown, quarantined andsurrounded by soldiers who shoot first and ask questions later, Miarealizes she's only just beginning todiscoverwhatmakes Fenton special.
And the answer is behind the wall of the Cave, aka Fenton Electronics, of which her father is the Director.Mia's dad has always been secretive about his work, allowing only that he's working for the government. But unless Mia's willing to let the whole town succumb toastrange illness that ages people years in a matter of hours, the end result death, she's got to break quarantine, escape the school grounds and outsmart armed soldiers touncover the truth.

Praise For The Well's End…

"Fishman keeps the tension high and sets the stage for a dramatic finish."--PW
-PW

"The possibilities of bio-warfare with a new twist on the life-healing properties of water make the contemporary implications of the story ring unnervingly true. A fast-paced, thrilling adventure story that begs for a sequel."--Booklist, starred review
-Starred Booklist

Seth Fishman is a literary agent at the Gernert Company. He lives inJersey City, NJ.This is his first novel."
Loading...
or
Not Currently Available for Direct Purchase