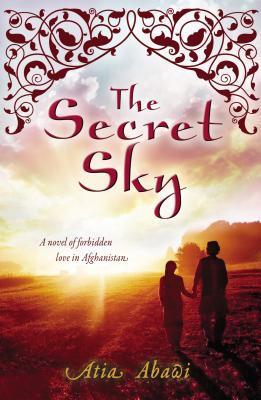 An eye-opening, heart-rending tale of love, honor and betrayal from veteran foreign news correspodent Atia Abawi
Fatima is a Hazara girl, raised to be obedient and dutiful. Samiullah is a Pashtun boy raised to defend the traditions of his tribe. They were not meant to fall in love. But they do. And the story that follows shows both the beauty and the violence in current-day Afghanistan as Fatima and Samiullah fight their families, their cultures and the Taliban to stay together. Based on the people Atia Abawi met and the events she covered during her nearly five years in Afghanistan, this stunning novel is a must-read for anyone who has lived during America's War in Afghanistan.
Perfect for fans of Patricia McCormick, Linda Sue Park, and Khaled Hosseini, this story will stay with readers for a long time to come.
Praise for THE SECRET SKY
A 2015 Amelia Bloomer List selection
* "Disturbing depictions of physical, emotional, and sexual violence against women, men, and children, both within families and between different groups, contrast with extravagant acts of courage, kindness, and sacrifice....A suspenseful, enlightening, and hopeful love story."--Publishers Weekly, starred review
"Riveting plot, sympathetic characters and straightforward narration studded with vivid, authentic detail: a top choice."--Kirkus Reviews
"Abawi writes with a gentle hand in] this heartbreaking rendering of forbidden love."--Booklist
" A] fascinating, if disturbing, examination of what Abawi calls in her author's note a 'traditionally conservative society' faced with globalization and modernity."--BCCB
" The Secret Sky is] a tale of the indomitable Afghan spirit of hope and love. Among the many novels set in Afghanistan for young people or for adults, The Secret Sky stands alone. Unputdownable. Unforgettable."--Trent Reedy, author of Words in the Dust
"The Secret Sky brilliantly captures the magic and the heartbreak of Afghanistan as only someone rooted in its mystery can....This first novel by a top foreign correspondent has the authenticity of raw journalism and the poetry of a gifted writer. A must read for anyone who wants to understand the contradictions of the Afghan soul."--Andrea Mitchell, NBC News Chief Foreign Affairs Correspondent and anchor of Andrea Mitchell Reports
"A riveting tale written from the heart....This powerful love story will leave you angry at injustice, and awed by courage. It shocks and inspires."--Lyse Doucet, Chief International Correspondent, BBC
"The Secret Sky is an amazing combination of utterly searing and beautifully romantic. It was like reading The Kite Runner--a gripping story that gave insight to this brutal yet magical culture."--Daphne Benedis-Grab, author of The Girl in the Wall

Atia Abawi is a foreign news correspondent who was stationed for almost five years in Kabul, Afghanistan. She was born to Afghan parents in West Germany and was raised in the United States. She currently lives in Jerusalem with her husband, Conor Powell, and their son. You can follow her on Twitter @AtiaAbawi.
Loading...
or
Not Currently Available for Direct Purchase