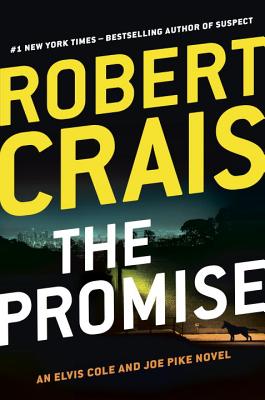 Elvis Cole and Joe Pike keep their promises. Even if it could get them killed... Elvis Cole is hired to find a woman who's disappeared, a seemingly ordinary case, until he learns the missing woman is an explosives expert and worked for a Defense Department contractor. Meanwhile, LAPD K-9 Officer Scott James and his patrol dog, Maggie, track a fugitive to a house filled with explosives--and a dead body. As the two cases intertwine, they all find themselves up against shadowy arms dealers and corrupt officials, and the very woman they promised to save may be the cause of their own deaths.

Robert Crais is the #1 New York Times bestselling author of more than twenty novels, many of them featuring private investigator Elvis Cole and his laconic ex-cop partner, Joe Pike. Before writing his first novel, Crais spent several years writing scripts for such major television series as Hill Street Blues, Cagney & Lacey, Miami Vice, Quincy, Baretta, and L.A. Law. He received an Emmy nomination for his work on Hill Street Blues, and one of his standalone novels, Hostage, was made into a movie starring Bruce Willis. His novels have been translated into forty-two languages and are bestsellers around the world. A native of Louisiana, he lives in Los Angeles.
or
Not Currently Available for Direct Purchase
Copyright © 2020 American Booksellers Association