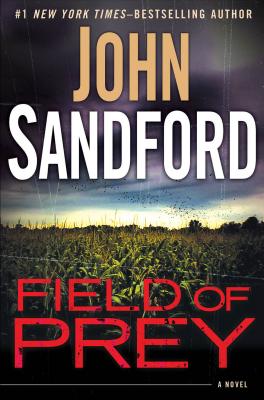 The extraordinary new Lucas Davenport thriller from #1 "New York Times"-bestselling author and Pulitzer Prize winner John Sandford.
The night after the fourth of July, Layton Carlson Jr., of Red Wing, Minnesota, finally got lucky. And unlucky.
He d picked the perfect spot to lose his virginity to his girlfriend, an abandoned farmyard in the middle of cornfields: nice, private, and quiet. The only problem was . . . something smelled bad like, "really "bad. He mentioned it to a county deputy he knew, and when the cop took a look, he found a body stuffed down a cistern. And then another, and another.
By the time Lucas Davenport was called in, the police were up to fifteen bodies and counting. And as if that wasn t bad enough, when Lucas began to investigate, he made some disturbing discoveries of his own. The victims had been killed over a great many years, one every summer, regular as clockwork. How could this have happened without anybody noticing?
Because one thing was for sure: the killer had to live close by. He was probably even someone they saw every day. . . .

Praise For Field of Prey…

Praise for Field of Prey

“Suspenseful . . . Sandford has tricks to play to confound readers before the tension rises and leads to a violent and surprising conclusion.”—Publishers Weekly

“Sandford’s Davenport novels are always very good, and this is the best one in a long time. It’s suspenseful, witty, and wise in the ways of modern politics. And the conclusion is darkly unforgettable. A superb thriller.” —Booklist

“The perfect summer read, as far as I’m concerned.” —Stephen King on Today

John Sandford is the author of twenty-four Prey novels; seven Virgil Flowers novels, most recently "Storm Front"; and six other books. He lives in California and New Mexico.
Loading...
or
Not Currently Available for Direct Purchase