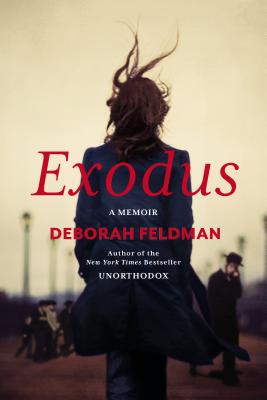 In 2009, at the age of twenty-three, Deborah Feldman packed up her young son and their few possessions and walked away from her insular Hasidic roots. She was determined to forge a better life for herself, away from the rampant oppression, abuse, and isolation of her Satmar upbringing in Williamsburg, Brooklyn. Out of her experience came the incendiary, bestselling memoir "Unorthodox, "and now, just a few years later, Feldman has embarked on a triumphant journey of self-discovery a journey in which she begins life anew as a single mother, an independent woman, and a religious refugee.
Taking her cues from favorite childhood books read in secret and the modern classics only recently introduced to her, Feldman explores the United States, from San Francisco to Chicago, New Orleans, and the Southwest. In her travels, and at home, Feldman redefines her sense of identity no longer Orthodox, she comes to terms with her Jewishness by discovering a world of like-minded outcasts and misfits committed to self-acceptance and healing. Inwardly, Feldman has navigated remarkable experiences: raising her son in the real world, finding solace and solitude in a writing career, and searching for love. Culminating in an unforgettable trip across Europe to retrace her grandmother's life during the Holocaust, "Exodus "is a deeply moving exploration of the mysterious bonds that tie us to family and religion, the bonds we must sometimes break to find our true selves. Feldman proves herself again to be a captivating storyteller, and her singular life has been an inspiration to countless others and for readers everywhere.

“One woman's search to understand herself and her Jewish heritage….Rich in details of Jewish life and the lives of her grandparents in the World War II era, [Feldman] sensitively portrays the inner struggles of accepting the pervasive feeling of survivor guilt and her own desires to understand the woman she was becoming. Feldman juxtaposes painfully emotional moments in concentration camps and in European towns where evidence of Jewish settlers was practically erased with humorous, almost macabre playacting scenarios with a German lover, scenarios that only added to Feldman's confusion over her own identity. The overall effect is captivating, entertaining and informative, providing readers with an honest assessment of the strength of one's convictions and the effect a strict religious background can have on a person. An enthralling account of how one Orthodox Jewish woman turned her back on her religion and found genuineness and validity in her new life.”—Kirkus

“Feldman’s journey is undeniably and explicitly Jewish, but the aching need to find both a welcoming community and a sense of individuality is one that readers from all walks of life will be able to identify with. Those left unsatisfied with the abrupt ending to Unorthodox will enjoy the more hopeful conclusion to Feldman’s second book as well as her more mature and increasingly eloquent writing style.”—Booklist

Deborah Feldman was raised in the Satmar Hasidic community in Williamsburg, Brooklyn. Her first memoir, "Unorthodox, "was a "New York Times "bestseller. She is twenty-seven years old and lives in New England with her son, where she is currently working on her next book.
Loading...
or
Not Currently Available for Direct Purchase