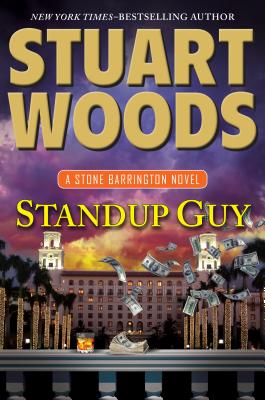 Stone Barrington is back in the newest edge-of-your-seat adventure in the "New York Times-"bestselling series.
Stone Barrington's newest client does not seem the type to bring mayhem in his wake. A polite, well-deported gentleman, he comes to Stone seeking legal expertise on an unusual--and potentially lucrative--dilemma. Stone points him in the right direction and sends him on his way, but it's soon clear Stone hasn't seen the end of the case. Several people are keenly interested in this gentleman's activities and how they may relate to a long-ago crime . . . and some of them will stop at nothing to find the information they desire.
On a hunt that leads from Florida's tropical beaches to the posh vacation homes of the Northeast, Stone finds himself walking a tightrope between ambitious authorities and seedy lowlifes who all have the same prize in their sights. In this cutthroat contest of wills, it's winner-takes-all . . . and Stone will need every bit of his cunning and resourcefulness to be the last man standing.

Stuart Woods is the author of more than fifty novels, including the New York Times bestselling Stone Barrington and Holly Barker series. He is a native of Georgia and began his writing career in the advertising industry. Chiefs, his debut in 1981, won the Edgar Award. An avid sailor and pilot, Woods lives in New York City, Florida, and Maine."

“Stuart Woods still owns an imagination that simply won’t quit . . . This is yet another edge-of-your-seat adventure.”—Suspense Magazine

“Since 1981, readers have not been able to get their fill of Stuart Woods’ New York Times best-selling novels of suspense.” —Orlando Sentinel