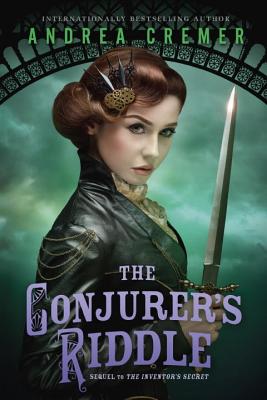 The Revolution is beginning and Charlotte may be on the wrong side.
In this sequel to The Inventor's Secret, Charlotte and her companions escape the British Empire, but they haven't left danger behind. In fact, if they go against the revolutionaries, they face even greater peril.
Charlotte leads her group of exiles west, plunging into a wild world of shady merchants and surly rivermen on the way to New Orleans. But as Charlotte learns more about the revolution she has championed, she wonders if she's on the right side after all. Charlotte and her friends get to know the mystical New Orleans bayou and deep into the shadowy tunnels below the city the den of criminals, assassins and pirates Charlotte must decide if the revolution's goals justify their means, or if some things, like the lives of her friends, are too sacred to sacrifice.
This alternate-history adventure series asks the questions: What would have happened if America had lost the Revolutionary War? And what would people be willing to do to finally taste freedom?
Praise for The Conjurer's Riddle
"This is classic steampunk with] exotic and picturesque locales, lots of interesting machinery, and the adrenaline rush of following the adventures of an honest and fearless heroine. A suitably swashbuckling sequel."--Kirkus Reviews

"This invigorating series neatly fits into the sagacategory, with loads of adventure, lots of explosions, plenty of pirates, and still some pages left forromance. The dramatic ending sweeps readers right toward the next book."--Booklist
"Fans will enjoy seeing Charlotte take on a more serious role as she faces multiple factions while forging her own path."--VOYA
Praise for The Inventor's Secret
* "Cremer...creates an inventive blend of steampunk and alternative history in this new series. She gives readers a fantastical world with mechanical wonders and an opulent vintage setting. The characters are interesting and well developed. Readers will be drawn to future installments."--VOYA, starred review
" A]n entertaining romp in a richly imaginative setting."--Kirkus Reviews

Andrea Cremer is the internationally bestselling author of the Nightshade series, which includesNightshade, Wolfsbane, Bloodrose, Snakeroot, RiftandRise. She is also the author of the Inventor's Secret series, and ofInvisibility, which she co-wrote with David Levithan. She lives in Claremont, CA.You can visit her online at www.AndreaCremer.com or follow her on Twitter @andreacremer."
Loading...
or
Not Currently Available for Direct Purchase