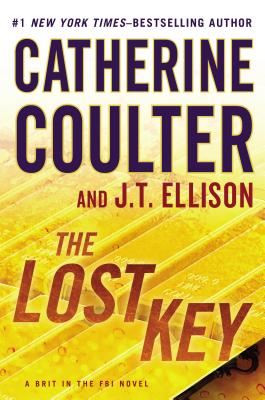 "A thriller packed with nonstop action, real-life name-dropping and enough cutting-edge science to make you wonder how much of it could be true." --Kirkus Reviews
The newest entry in the sizzling international thriller series featuring Nicholas Drummond, from #1 New York Times-bestselling author Catherine Coulter.
Freshly minted FBI agent Nicholas Drummond is barely out of his Quantico training when he and his partner, Mike Caine, are called to investigate a stabbing on Wall Street.

Their investigation, however, yields more questions than answers. It quickly becomes clear that the victim, John Pearce, was more than the naval historian and antiquities dealer he appeared to be. What Drummond doesn't know is that buying and selling rare books was Pearce's cover, and that he had devoted his life to discovering the whereabouts of a missing World War I U-boat concealing a stash of gold bullion, and an unexpected surprise that only raises more questions. When Drummond and Caine find both of Pearce's adult children have disappeared, the case assumes a new sense of urgency. The FBI agents know their best lead lies in the victim's cryptic final words--"The key is in the lock." But what key? What lock?

The search for Adam and Sophia Pearce takes them on an international manhunt, which threatens to run them afoul of an eccentric billionaire industrialist with his own plans not only for the lost gold, but the creation of a weapon unlike anything the world has ever seen.


Praise For The Lost Key…

Praise for The Final Cut
“A thriller that manages to be both intricate and full of jaw-dropping action sequences . . . Drummond connects in entertaining fashion with Coulter’s main series heroes, FBI agents Dillon Savich and Lacey Sherlock. . . . Ingenious disguises, daring bluffs, and hair-breadth escapes add to the fun of the chase.” —Publishers Weekly

“Coulter and Ellison have created a new son of Bond licensed to shine in future thrillers.” —Kirkus Reviews

“The twists to the story are nonstop, and the characters sparkle like precious stones . . . one of the best thrillers of the year.” —Associated Press

Catherine Coulter is the author of the New York Times-bestselling FBI thrillers The Cove, The Maze, The Target, The Edge, Riptide, Hemlock Bay, Eleventh Hour, Blindside, Blowout, Point Blank, Double Take, TailSpin, KnockOut, Whiplash, Split Second, Backfire, Bombshell, and Power Play. She is also the author of the New York Times-bestselling The Final Cut, the first in a new international thriller series featuring Nicholas Drummond. She lives in Sausalito, California. J. T. Ellison is the bestselling author of eleven critically acclaimed novels, including When Shadows Fall and Edge of Black, and her work has been published in more than twenty countries. Her novel The Cold Room won the International Thriller Writers Thriller Award for Best Paperback Original. She is also the coauthor of the New York Times bestseller The Final Cut. She lives in Nashville with her husband.
Loading...
or
Not Currently Available for Direct Purchase