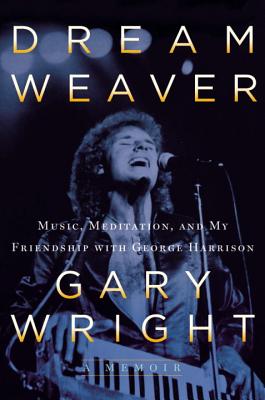 A Memoir; Music, Meditation, and My Friendship with George Harrison

Music legend Gary Wright reflects on his professional collaboration, friendship, and spiritual journey with "quiet Beatle" George Harrison, and releases for the first time a recording of a song they wrote together.

Best known for his multiplatinum hits “Dream Weaver” and “Love is Alive,” Gary Wright came to prominence as a singer and songwriter during the golden age of rock in the 1970s. What is not as well known to the public, however, is Wright’s spiritual side. At the heart of this memoir is the spiritual conversion and journey that Wright experienced alongside his close friend George Harrison. Until Harrison’s death in 2001, the two spent decades together writing songs, eating Indian fare, talking philosophy, and gardening.

In addition to featuring lyrics to a song cowritten by Wright and George Harrison in 1971, titled “To Discover Yourself,” this memoir includes a cache of never-before-seen photos.

Also available is a deluxe e-book featuring an audio recording of “To Discover Yourself.”

Praise For Dream Weaver: A Memoir; Music, Meditation, and My Friendship with George Harrison…

"Wright is descriptive, generous, and thoughtful in his reminiscences, and his book will appeal to music fans as well as those concerned with spiritual journeys and philosophy. Wright met George Harrison during the making of the former Beatle’s first solo album and formed a lifelong and influential friendship with him as both men shared enthusiasm for music, Eastern philosophy, and a love of travel. The author writes about his late companion with heartfelt emotion and chronicles their musical collaborations, a transcendent trip to India, and their similar philosophies of life."
—Library Journal

“Gary’s influence on me has been extraordinary, life-changing, and lifelong. He was way ahead of his time, and that unique sound he created is embedded deep in the pop culture of our planet. His new book, Dream Weaver, takes you through his fascinating musical journey. Thank you, Gary, for letting me be a small part of your giant success. It remains a crowning jewel in my musical journey, and believe me, the pleasure was all mine.”
—David Foster, sixteen-time Grammy Award-winning songwriter and producer

“From standing in the audience watching Spooky Tooth live to later recording together with George Harrison on All Things Must Pass, we had no idea what was to come. In 1976, the year of, The Dream Weaver and Frampton Comes Alive!, we would play together at some of the biggest venues in the world. This book makes me smile, as Gary spells it out like it really was. His personal insights are priceless as he takes you inside the bubble, exposing you to his unique experiences both as the person and as the rock star.”
—Peter Frampton

“I worked closely with both Gary Wright and George Harrison during my twenty-five years as Chairman of the Board at Warner Bros. Records. Dream Weaver reflects the depth of Gary’s musical and spiritual journey as well as his close relationship with George. It’s a great read and an uplifting story that I would highly recommend to all.”
—Mo Ostin

“Gary Wright's true desire transcends material pursuits. His honest story proves that if one lives a truly spiritual life they will reap tremendous rewards. Gary's deeply serious thoughts lie behind an infectious smile and irrepressible sense of humor. His words let us feel the sting of his desire for both worlds.”
—Olivia Harrison

"This book has given me a personal window into a classic time in music history. Dream Weaver is such an inspirational piece of writing from a man who has so gracefully weathered the journey of being an artist."
—Robert DeLeo, Stone Temple Pilots

“Writing a song that becomes a timeless classic is very rare in the music industry, and sustaining a career over multiple decades is an even greater accomplishment. Gary Wright has achieved both these goals, and his book, appropriately named Dream Weaver, blends his struggle as an artist with his spiritual beliefs. This compelling and uplifting book is one you'll want to read.”
—Zach Horowitz, Chairman and CEO, Universal Music Publishing Group

Gary Wright is known as “the Dream Weaver” because his brilliant talent, highlighted by the enduring song he wrote of the same name, is mixed with his deep belief and practice in Eastern spirituality. Wright tours with his band as well as doing unplugged shows and has also performed with Ringo Starr’s All-Starr Band.
Loading...
or
Not Currently Available for Direct Purchase