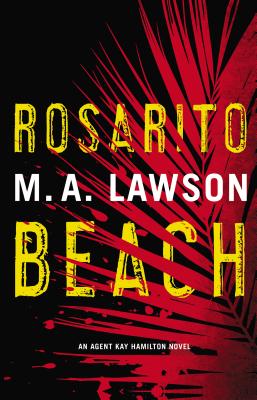 I love tough guys, even when they're gals, and Glock-toting, fast-thinking, wise-cracking DEA agent Kay Hamilton is one of the toughest going.She looks to be a source of major amusement as M. A. Lawson spins out this newseries over the next decade or so. Stephen Hunter, author of the best-selling "The Third Bullet," "I, Sniper "and others.
Bold, brash, and beautiful, Kay Hamilton is not your average DEA agent she's as infuriating as she is irresistible. Having recently been transferred to San Diego after a case in Miami brought her more notoriety than medals, Kay once again finds herself embroiled in an international bust. Tito Olivera, younger brother of drug czar Caesar Olivera, is within her grasp. If she takes down Tito, Kay is positive that Caesar will follow and when Caesar falls, so does the largest and most vicious cartel in Mexico. But when a mysterious stranger shows up on her doorstep, all of Kay's carefully laid plans are thrown out the window. The Olivera case suddenly becomes far more personal not to mention dangerous and Kay must be willing to sacrifice everything to get her man.
"Rosarito Beach" is an explosive, action-packed thriller that will have readers on the edge of their seats until the final moments of the epic conclusion.

M. A. Lawson is a pen name for award winning novelist Mike Lawson, a former senior civilian executive for the U.S. Navy, and creator of the eight novels in the Joe DeMarco series.

“M. A. Lawson’s Rosarito Beach grabs you by the throat ten seconds after you’ve settled into your easy chair for a read. The writing’s lyrical, the plot is breathtaking, and the characters, the good ones and bad, are utterly compelling and, most important, thoroughly believable. And then there’s Agent Hamilton. I fell for her on the first page.”
—Jeffery Deaver

“If you haven’t read M. A. Lawson, start right now with ROSARITO BEACH!  I loved this riveting thriller, which launches a new star in crime fiction, the tough-minded and tough-talking DEA Agent Kay Hamilton, a renegade who welcomes risk and doesn’t play well with others.  She handles ruthless drug cartels, crooked cops, and government politics with guts and attitude, but nothing prepares her to take on her greatest risk yet – one involving the human heart.”—Lisa Scottoline

“I love tough guys, even when they're gals, and Glock-toting, fast-thinking, wise-cracking DEA agent Kay Hamilton is one of the toughest going. She looks to be a source of major amusement as M. A. Lawson spins out this new series over the next decade or so.”—Stephen Hunter, author of the best-selling The Third Bullet, I, Sniper and others.

“Lawson has written a great start to a promising new series, with a gripping story line and a gutsy, likable heroine. Readers who enjoy fast-paced thrillers and detective novels with a female protagonist who’s fully developed, vulnerable, and intriguing will gobble this one up and ask for more.”—Library Journal, Starred review

“With this new character and proposed series, Lawson shows his breadth of talent.  I will read anything he writes – his prose is so smooth, his plotting so engaging and his pacing near perfect.”—George Easter, Deadly Pleasures Magazine

“[A] novel that goes beyond edgy to explosive and introduces a character whose future exploits promise further excitement.”—Richmond Times-Dispatch

“It’s no surprise if this new series hooks you…. Kay impresses both by her recognition of the reality of her job and her courage in trying anyway.... [Lawson’s] trademark caustic humor and dialogue zing on almost every page.”—Michele Ross, Cleveland Plain Dealer