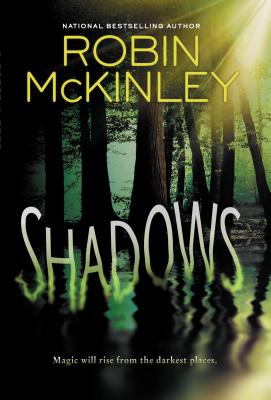 A compelling and inventive novel set in a world where science and magic are at odds, by Robin McKinley, the Newbery-winning author of "The Hero and the Crown" and "The Blue Sword," as well as the classic titles "Beauty," "Chalice," "Spindle's End, " "Pegasus" and "Sunshine"
Maggie knows something's off about Val, her mom's new husband. Val is from Oldworld, where they still use magic, and he won t have any tech in his office-shed behind the house. But more importantly what are the huge, horrible, jagged, jumpy shadows following him around? Magic is illegal in Newworld, which is all about science. The magic-carrying gene was disabled two generations ago, back when Maggie's great-grandmother was a notable magician. But that was a long time ago.
Then Maggie meets Casimir, the most beautiful boy she has ever seen. He's from Oldworld too and he's heard of Maggie's stepfather, and has a guess about Val's shadows. Maggie doesn t want to know . . . until earth-shattering events force her to depend on Val and his shadows. And perhaps on her own heritage.
In this dangerously unstable world, neither science nor magic has the necessary answers, but a truce between them is impossible. And although the two are supposed to be incompatible, Maggie's discovering the world will need both to survive.

“McKinley’s characters and dialogue make this novel a joy: Maggie is a brash yet vulnerable protagonist, and her family, Val, and two possible boyfriends (both of whom may be magical) are well developed. . . . The culture of Newworld is a fascinating amalgam of the everyday and the strange. All in all, a delightful read.”
-Publishers Weekly

“Maggie’s wry and witty conversational tone is an excellent vehicle for relating her fantastic yet logical adventures.”
-Booklist

“A winning combination of fast action, romance, likable characters and inventive language makes this YA novel hard to put down.”
-Shelf Awareness

“Intricate world building is matched with rich characterization; a bit moody, a bit flighty, and all teenager, Maggie makes a relatable protagonist, and her wisecracks and astute observations help readers gain ground in this eerily familiar but nonetheless complex world of old magic, new science, and breaks in reality.”
-The Bulletin of the Center for Children's Books

“May just be one of her most brilliant books to date. Everything in the story meshes perfectly. The characters are compelling, well-defined people who become real.”
-Examiner.com

Robin McKinley (www.robinmckinley.com and robinmckinleysblog.com) has won various awards and citations for her writing, including the Newbery Medal for "The Hero and the Crown" and a Newbery Honor for "The Blue Sword," both about the magical country of Damar. Her other books include "Chalice"; "Dragonhaven"; two novel-length retellings of the fairy tale Beauty and the Beast, "Beauty" and "Rose Daughter"; "Deerskin," which was inspired by the Perrault fairy tale Donkeyskin; a retelling of the Robin Hood legend, "The Outlaws of Sherwood"; "Spindle s End," a retelling of Sleeping Beauty; and two volumes of Tales of Elemental Spirits, "Fire" and "Water" (with Peter Dickinson). Her "Imaginary Lands" won the World Fantasy Award for best anthology and her novel "Sunshine" won the Mythopoeic Fantasy Award for Adult Literature.

Robin lives in England with her husband, the English writer Peter Dickinson, two hellhounds, a hellterror, an 1897 Steinway upright, and too many rosebushes."
Loading...
or
Not Currently Available for Direct Purchase