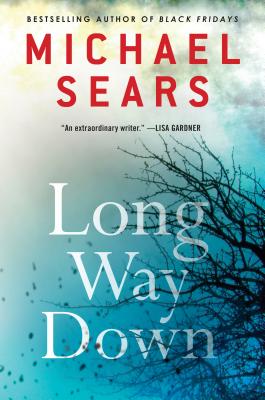 From the author of the acclaimed, award-winning debut novel Black Fridays, comes a story of murder, greed, and corruption and the lengths to which one man will go for his family.
He approached me in the street bone-thin, gray-bearded, holding out a small envelope. The man said you d give me five bucks for it. Inside was a one-word message: RUN.
Two years in a federal prison has changed Jason Stafford, is still changing him, but one thing it has taught him as a financial investigator is how to detect a lie. He doesn t think Philip Haley is lying. An engineer on the verge of a biofuel breakthrough, Haley has been indicted for insider trading on his own company, and Stafford believes him when he says he's been set up. Haley does indeed have enemies. He is not a nice man. Doesn t make him a criminal.
It does make him dangerous to be around, though. The deeper Stafford investigates, the more secrets he starts to uncover, secrets people would kill for. And that's exactly what happens. Soon, it is Stafford himself who is under attack and, worse, his family his fiancee, his young son and he is a fugitive, desperately trying to stay one step ahead of both the killers and the law.

Michael Sears was 61 when we published his first novel, Black Fridays. After nine years as a professional actor, he got an MBA from Columbia University, and spent over twenty years on Wall Street, rising to become the Managing Director in the bond trade and underwriting divisions of Paine Webber and, later, Jeffries & Co., before heeding his father s advice: When it stops being fun, get out. He did so in 2005, and returned to what had always given him the greatest joy writing studying at NYU and the New School. The temptations that drag down some of his characters are well-known to him, as are the insider trading perils that form the core of the new novel. The autism is known to him, too, from his extended family, and he has seen the struggles and the rewards. Sears holds an undergraduate degree from the University of Maryland, and he lives in Sea Cliff, New York, with his wife, artist Barbara Segal. They have two sons."
Loading...
or
Not Currently Available for Direct Purchase