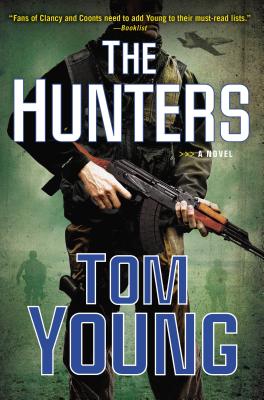 A remarkable military thriller from one of the most acclaimed new suspense writers in years--"a triumph of the fiction of contemporary warfare" (Alan Cheuse, The Dallas Morning News). Khatar. It's a Somali word for 'dangerous, ' and it's one that Colonel Michael Parson has heard too often on his present mission. His friend Sophia Gold has talked him into using his leave from the Air Force to fly relief supplies into Somalia in an antique DC-3 cargo plane. Somalia is infested with armed clans, pirates, poverty, and, increasingly, terrorism. Parson and Gold are about to face all of them firsthand. An al-Shabaab leader called The Sheikh has declared all aid a sin against God, and he launches attacks against planes and convoys to stop it. If that weren't bad enough, a Hollywood actress and activist has flown into Somalia to make a documentary, and, as far as Parson is concerned, she might as well paint targets on their backs. The mission becomes even more complicated when they encounter a wounded teenage al-Shabaab fighter, who might be seeking asylum--or a chance to kill. Not even Parson knows just how khatar his mission of mercy will become.

Tom Young is the author of six novels including The Mullah's Storm, Silent Enemy, The Renegades, The Warriors, Sand and Fire, and The Hunters, the Sand and Fire e-book special Phantom Fury, and the oral history The Speed of Heat: An Airlift Wing at War in Iraq and Afghanistan. He also contributed to the anthology Operation Homecoming, edited by Andrew Carroll. Young retired from the Air National Guard in 2013 at the rank of senior master sergeant. He served more than 20 years as a flight engineer on the C-130 Hercules and the C-5 Galaxy, logging nearly 5,000 hours of flight time. His career included service in Afghanistan, Iraq, Bosnia, Kosovo, the horn of Africa, and elsewhere. Military honors include the Meritorious Service Medal, three Air Medals, three Aerial Achievement Medals, and the Air Force Combat Action Medal. Young holds degrees from the University of North Carolina at Chapel Hill, and studied writing there and at the Sewanee Writers' Conference, among other places. He He lives in Alexandria, Virginia.
or
Not Currently Available for Direct Purchase