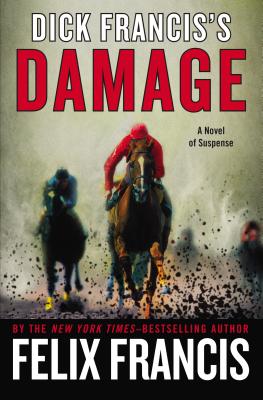 Felix Francis is back with another edge-of-your-seat thriller, in the classic Dick Francis tradition.
Undercover investigator Jeff Hinkley is assigned by the British Horseracing Authority to look into the activities of a suspicious racehorse trainer, but as he's tailing his quarry through the Cheltenham Racing Festival, the last thing he expects to witness is a gruesome murder. Could it have something to do with the reason the trainer was banned in the first place the administration of illegal drugs to his horses?
Then many more horses test positive for prohibited stimulants, and someone starts making demands, threatening to completely destroy the integrity of the racing industry. In order to limit the damage to the sport, it's critical that Jeff find the perpetrator . . . but he ll soon learn he's up against someone who will stop at nothing to prevail.

“To the delight of Dick/Felix Francis fans, [Sid] Halley gets back into investigations after an eight-year hiatus. . . . It’s the kind of page-turner that fans of either Francis have come to expect.” —The Sacramento Bee

“This is fascinating reading on every level, from the neatly calibrated plot, moving from suspense to terror, to all the details of the racing world Francis provides.” —Booklist (starred review)

Felix Francis assisted with the research and writing of many of the Dick Francis novels and is coauthor of Dead Heat, Silks, Even Money, and Crossfire, and the author of Gamble, Bloodline, and Refusal. He lives in England. Dick Francis was the author of more than forty acclaimed books. Among his numerous awards are three Edgar Awards for best mystery novel, the Crime Writers Association Diamond Dagger, and the Mystery Writers of America s Grand Master Award. He died in February 2010."
Loading...
or
Not Currently Available for Direct Purchase