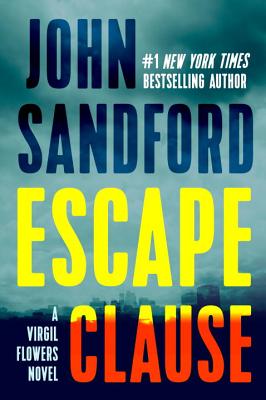 Whenever you hear the sky rumble, that usually means a storm. In Virgil Flowers’ case, make that two. The exceptional new thriller from the writer whose books are “pure reading pleasure” (Booklist).

The first storm comes from, of all places, the Minnesota zoo. Two large, and very rare, Amur tigers have vanished from their cage, and authorities are worried sick that they’ve been stolen for their body parts. Traditional Chinese medicine prizes those parts for home remedies, and people will do extreme things to get what they need. Some of them are a great deal more extreme than others—as Virgil is about to find out.

Then there’s the homefront. Virgil’s relationship with his girlfriend Frankie has been getting kind of serious, but when Frankie’s sister Sparkle moves in for the summer, the situation gets a lot more complicated. For one thing, her research into migrant workers is about to bring her up against some very violent people who emphatically do not want to be researched. For another…she thinks Virgil’s kind of cute.

“You mess around with Sparkle,” Frankie told Virgil, “you could get yourself stabbed.”
“She carries a knife?”
“No, but I do.”

Forget a storm—this one’s a tornado.

PRAISE FOR THE VIRGIL FLOWERS SERIES

“Sandford’s best Flowers book to date. This book is the most fun I have had reading in a long time.”—The Huffington Post

“The biggest joys of this series are Flowers himself (his boss is Lucas Davenport from Sandford’s Prey novels), the case of eccentric supporting characters, and the humorous dialogue.”—Shelf Awareness

“Sandford keeps one last surprise up his sleeve, and it’s a doozy. Exhilaratingly professional work by both Virgil and his creator.”—Kirkus Reviews

“Rich characters [and] the descriptions of small-town life, politics and corruption and the concurrent trails of action make for a fast and entertaining read.”—Pittsburgh Post-Gazette

John Sandford is the pseudonym for Pulitzer Prize–winning journalist John Camp. He is the #1 New York Times bestselling author of the Prey series featuring Lucas Davenport, the Kidd series, the Virgil Flowers series, three YA novels coauthored with his wife, Michele Cook, and three other books, most recently Saturn Run.
Loading...
or
Not Currently Available for Direct Purchase