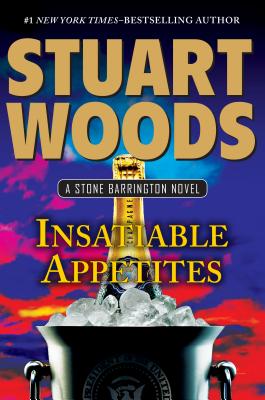 Stone Barrington returns in the new action-packed thriller from the #1 New York Times bestselling author.
It's a time of unexpected change for Stone Barrington. A recent venture has achieved a great victory, but is immediately faced with a new challenge: an underhanded foe who's determined to wreak havoc at any cost. Meanwhile, when Stone finds himself responsible for distributing the estate of a respected friend and mentor, the process unearths secrets that range from merely surprising to outright alarming. And when a lethal beauty from Stone's past resurfaces, there's no telling what chaos will follow in her wake . . .
Ever a master of keeping cool under pressure, even Stone might have his work cut out for him this time . . . because when grand ambitions collide with criminal inclinations, the results may be more deadly than he could have anticipated.

Stuart Woods is the author of more than fifty-five novels, including the New York Times bestselling Stone Barrington and Holly Barker series. He is a native of Georgia and began his writing career in the advertising industry. Chiefs, his debut in 1981, won the Edgar Award. An avid sailor and pilot, Woods lives in New York City, Florida, and Maine."
or
Not Currently Available for Direct Purchase
Copyright © 2020 American Booksellers Association