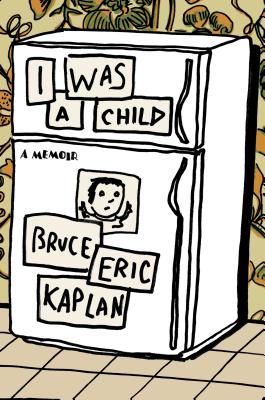 I Was a Child

An illustrated memoir by renowned New Yorker cartoonist Bruce Eric Kaplan.
"If The Little Prince had crash-landed, instead of in the Sahara, into a middle-class Jewish home in Maplewood, N.J. in the late 1960s, it might feel something like I Was a Child."--The Hollywood Reporter

Bruce Eric Kaplan, also known as BEK, is one of the most celebrated and admired cartoonists in America. I Was a Child is the story of his childhood in suburban New Jersey, detailing the small moments we all experience: going to school, playing with friends, family dinners, watching TV on a hot summer night, and so on. It would seem like a conventional childhood, although Kaplan's anecdotes are accompanied by his signature drawings of family outings and life at home-road trips, milk crates, hamsters, ashtrays, a toupee, a platypus, and much more. Kaplan's cartoons, although simple, are never straightforward; they encompass an easy irony and dark humor that often cuts straight to the truth of experience. Brilliantly relatable and genuinely moving, I Was a Child is about our attempts to understand the mysteries that are our parents, our families, and ourselves.

BRUCE ERIC KAPLAN, also known as BEK, is an American artist whose single-panel cartoons frequently appear in The New Yorker. He also has a whole other life as a television writer and producer, currently for HBO's Girls.