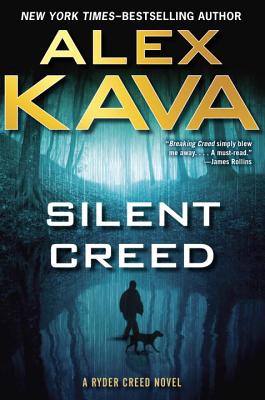 Ryder Creed and his K9 search-and-rescue dogs return in the second installment of an exciting new series, teaming up once more with FBI profiler Maggie O'Dell in their riskiest case yet. When Ryder Creed responds to a devastating mudslide in North Carolina, he knows that the difference between finding survivors and the dead is time. He and his sturdiest search-and-rescue dog, Bolo, get to work immediately, but the scene is rife with danger: continued rainfall prevents the rescue teams from stabilizing the land; toxic household substances spread by the crushing slide fill the area with hazardous waste; and the detritus and debris are treacherous for both man and dog to navigate. But most perilous are the secrets hidden under the mud and sludge--secrets someone would kill to protect. For this is no ordinary rescue mission. Among the buildings consumed by the landslide was a top-secret government research facility, and Creed has been hired to find what's left of it. Then rescuers recover the body of a scientist from the facility who was obviously dead before the landslide--killed by a gunshot to the head. The FBI sends Agent Maggie O'Dell to investigate, and she and Creed are soon caught in a web of lies, secrets, and murder that may involve not only the government facility, but decades-old medical experiments that are the subject of current congressional hearings. As more bodies are found under even more unusual circumstances, they come ever closer to exposing the truth--but with unknown forces working against them, Maggie, Creed, and the dogs are running out of time.

Alex Kava is the New York Times-bestselling author of thirteen novels, including Breaking Creed as well as the internationally bestselling mystery series featuring FBI profiler Maggie O'Dell. Her novels have been published in more than twenty countries around the world. She is a member of International Thriller Writers and divides her time between Omaha, Nebraska, and Pensacola, Florida.
Loading...
or
Not Currently Available for Direct Purchase