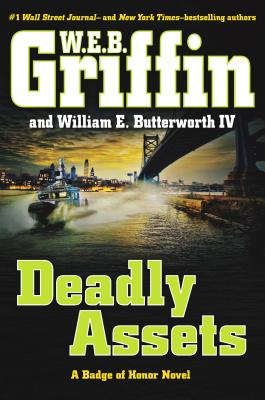 The dramatic new novel in the Philadelphia police saga by #1 New York Times-bestselling author W. E. B. Griffin. In Philadelphia--suffering among the country's highest murder rates--the tension between the Philadelphia Police Department and its Citizens Oversight Committee has long been reaching a boiling point. That turmoil turns from bad to worse shortly after the committee begins targeting police shootings--especially those of twenty-seven-year-old Homicide Sergeant Matt Payne, the "Wyatt Earp of the Main Line"--and then the committee's combative leader is found shot dead point-blank on the front porch of his run-down Philly row house. As chanting protesters fill the streets, the city threatens to erupt. Payne, among many others accused of being complicit in the leader's death, becomes quietly furious. He suspects there's something deeper behind it all, but what? Ordered to stay out of the line of fire, he struggles ahead to do what he does best--his job. He's been investigating the murder of a young family. A reporter, working on an illicit drug series for Pulitzer Prize-winning journalist Mickey O'Hara, has been killed with his wife and child, a note stapled to his chest warning that the drug stories are to stop. Period. While Payne knows that he, like his pal O'Hara, cannot back down, he also knows that they damn sure could be among the next to die. . . .

Praise for W. E. B. Griffin

“Griffin is one of those writers who sets his novel before you in short, fierce, stop-for-nothing scenes. Before you know it, you’ve gobbled it up.—The Philadelphia Inquirer

W. E. B. Griffin is the author of six bestselling series. William E. Butterworth IV has worked closely with his father for more than a decade, and is the coauthor of many books with him, most recently The Last Witness and Hazardous Duty.
Loading...
or
Not Currently Available for Direct Purchase