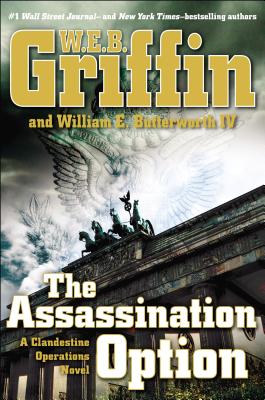 From the #1 "New York Times" and "Wall Street Journal" bestselling author comes the dramatic second adventure in the brand-new Clandestine Operations series about the Cold War, the fledgling Central Intelligence Agency and a new breed of warrior.

In "Top Secret," W.E.B. Griffin introduced a remarkable new cast of heroes as they found themselves on the front lines of an entirely different kind of war. Now, these men and women are going to find out what they ve really gotten themselves into.

James Cronley thought he had done well he didn t know he d done this well.
His first successful mission for the about-to-be-official new Central Intelligence Directorate has drawn all kinds of attention, some welcome, some not. On the plus side, he's now a captain; promoted to Chief, DCI, Europe; and in charge of a top secret spy operation. On the minus side, a lot of people would like to know about that operation, including not only the Soviets, but his own Pentagon, as well as a seething J. Edgar Hoover.

Cronley knows that if just one thing goes wrong, he's likely to get thrown to the wolves. As if that weren t enough pressure, complications are springing up on all sides. He's discovered a surprising alliance between the former German intelligence chief and, of all things, the Mossad. A German family that Cronley never knew he had has suddenly, and suspiciously, emerged. And he's due for a rendezvous with an undercover agent against the Soviets known only as Seven K.
It's when he meets Seven K that he gets the real surprise.

W.E.B. Griffin is the author of six bestselling series and now Clandestine Operations. William E. Butterworth IV has worked closely with his father for more than a decade, and is the coauthor with him of many books, most recently "Hazardous Duty" and" Top Secret.""
Loading...
or
Not Currently Available for Direct Purchase