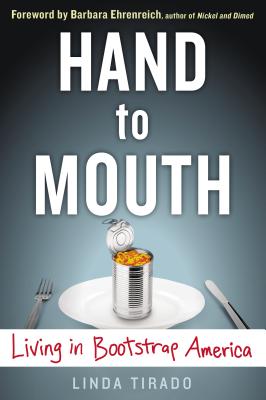 "I ve been waiting for this book for a long time. Well, not this book, because I never imagined that the book I was waiting for would be so devastatingly smart and funny, so consistently entertaining and unflinchingly on target. In fact, I would like to have written it myself if, that is, I had lived Linda Tirado's life and extracted all the hard lessons she has learned. I am the author of Nickel and Dimed, which tells the story of my own brief attempt, as a semi-undercover journalist, to survive on low-wage retail and service jobs. Tirado is the real thing."
from the foreword by Barbara Ehrenreich, New York Times bestselling author of Nickel and Dimed

We in America have certain ideas of what it means to be poor. Linda Tirado, in her signature brutally honest yet personable voice, takes all of these preconceived notions and smashes them to bits. She articulates not only what it is to be working poor in America (yes, you can be poor and live in a house and have a job, even two), but what poverty is truly like on all levels.

Frankly and boldly, Tirado discusses openly how she went from lower-middle class, to sometimes middle class, to poor and everything in between, and in doing so reveals why poor people don t always behave the way middle-class America thinks they should.

Linda Tirado is a completely average American with two kids. She has worked as a general manager at a Burger King and until just recently worked as a night cook at Ihop and as a voting rights activist for a disability nonprofit. She also writes essays on poverty and class issues. She lives in Enoch, Utah, with her husband and children. This is her first book.
Loading...
or support indie stores by buying on
(This book is on backorder)