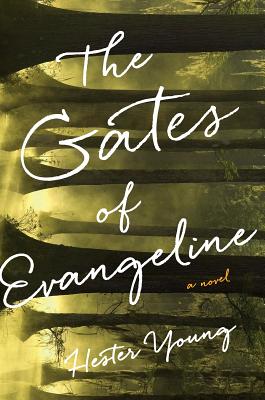 The Gates of Evangeline

“Charlie Cates recently lost her young son and the job that she worked so hard for is probably going to be eliminated. When Charlie is offered a chance to write about the Deveau family and their child who went missing over 30 years ago, she jumps at the chance. What she hasn't told anybody is that she has been seeing visions of children in trouble and is currently experiencing one of a young boy in a rowboat in a Louisiana swamp who she suspects is the missing Deveau child. But what if she has it all wrong? In this excellent thriller, things are really not what they seem to be. A wonderful puzzle with a Southern Gothic feel, this is a definite must-read!”
— Janice Hunsche (E), Kaleidosaurus Books, Fishers, IN
View the List

*A Publishers Weekly Best Book of 2015*
From a unique new talent comes a fast-paced debut, introducing a heroine whose dark visions bring to light secrets that will heal or destroy those around her . . . When New York journalist and recently bereaved mother Charlotte "Charlie" Cates begins to experience vivid dreams about children in danger, she's sure that she's lost her mind. Yet these are not the nightmares of a grieving parent. They are warnings that will help Charlie and the children she sees, if only she can make sense of them. After a little boy in a boat appears in Charlie's dreams, asking for her help, she finds herself entangled in a world-famous thirty-year-old missing-child case that has never ceased to haunt Louisiana's prestigious Deveau family. Armed with an invitation to Evangeline, the family's sprawling estate, Charlie heads south, where new friendships and an unlikely romance with the estate's landscape architect--the warm and handsome Noah Palmer--begin to heal her grief-stricken heart. But as she uncovers long-buried secrets of love, money, betrayal, and murder, the facts begin to implicate those she most wants to trust--and her visions reveal an evil closer than she could have imagined. A Southern Gothic mystery debut that combines literary suspense and romance with a mystical twist, THE GATES OF EVANGELINE is a story that readers of Gillian Flynn, Kate Atkinson, and Alice Sebold won't be able to put down.

Hester Young holds a master's degree in English with a creative writing concentration from the University of Hawaii at Manoa, and her short stories have appeared in magazines such as Hawai'i Review. Before turning to writing full-time, she worked as a teacher in Arizona and New Hampshire. Young lives in Lawrenceville, New Jersey, with her husband and their two children.
Loading...
or
Not Currently Available for Direct Purchase