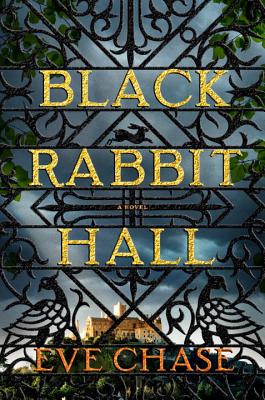 “For fans of Kate Morton and Daphne du Maurier, Black Rabbit Hall is an obvious must-read.”—Bookpage

A secret history. A long-ago summer. A house with an untold story.

Amber Alton knows that the hours pass differently at Black Rabbit Hall, her London family’s Cornish country house, where no two clocks read the same. Summers there are perfect, timeless. Not much ever happens. Until, one terrible day, it does.

More than three decades later, Lorna is determined to be married within the grand, ivy-covered walls of Pencraw Hall, known as Black Rabbit Hall among the locals. But as she’s drawn deeper into the overgrown grounds, she soon finds herself ensnared within the house’s labyrinthine history, overcome with a need for answers about her own past and that of the once-golden family whose memory still haunts the estate.

Eve Chase's debut novel is a thrilling spiral into the hearts of two women separated by decades but inescapably linked by the dark and tangled secrets of Black Rabbit Hall.

“For fans of Kate Morton and Daphne du Maurier, Black Rabbit Hall is an obvious must-read, but it is sure to please any reader who delights in devilishly thrilling dramas. . . . ."  —BookPage

“Like the setting of Robert Frost’s Stopping by Woods on a Snowy Evening, Chase’s novel is lovely, dark and deep..” —Richmond Times-Dispatch

"If Daphne Du Maurier and Ruth Rendell in Barbara Vine mode had been able to collaborate, they might have come up with something like Black Rabbit Hall: Rebecca meets A Fatal Inversion." --John Harwood, author of The Ghost Writer

“A glorious, beautifully written fairy tale for grownups.” --Lisa Jewell,  bestselling author of The Girls in the Garden

“Equal parts romance, mystery, and historical fiction. For readers who are interested in complex period drama such as Daisy Goodwin’s The American Heiress, or who enjoy a touch of the gothic such as in Daphne du Maurier’s Rebecca or Diane Setterfield’s The Thirteenth Tale.” –Library Journal (starred review)

"A gorgeously written novel describing the love and affection that hold families together and the powerful forces that can tear them apart.” --Huffington Post

“Chase deserves high marks for her atmospheric setting and vivid prose, and fans of old-fashioned gothic stories will find this a winner.” –-Publishers Weekly

“A deliciously intriguing novel whose rich sense of time and place bear more than a few echoes of du Maurier's best.”—Alex Marwood, author of The Wicked Girls

"A stunning page turner. Black Rabbit Hall deserves a place among the very best in gothic fiction."--Michelle Gable, author of A Paris Apartment

"A deliciously addicting gothic." --Wendy Webb, author of The Tale of Halcyon Crane

“An enthralling and deeply moving novel about family secrets, loss, and love." —Margaret Leroy, author of The Soldier’s Wife

“The spellbinding, lusciously-written story of two families twined together across the span of time, trapped in limbo in a magical, sea-swept Cornwall house with secrets as deep as its Normandy roots.” —Carla Buckley, author of The Things That Keep Us Here

"A truly captivating novel." --Deborah Lawrenson, author of The Lantern and The Sea Garden

Eve Chase is an exciting new voice in fiction. She lives in Oxford, England with her husband and three children.
Loading...
or
Not Currently Available for Direct Purchase