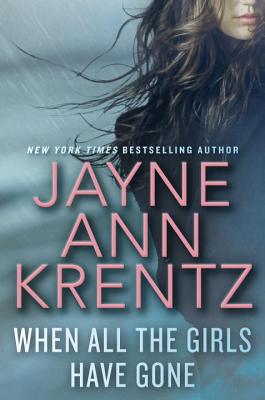 When All the Girls Have Gone

“A master of the genre.”—The Philadelphia Inquirer

Jayne Ann Krentz, the New York Times bestselling author of Secret Sisters, delivers a thrilling novel of the deceptions we hide behind, the passions we surrender to, and the lengths we’ll go to for the truth...

Beautiful, brilliant—and reckless—Jocelyn has gone off the grid before, but never like this. In a desperate effort to find her, Charlotte joins forces with Max Cutler, a struggling PI who recently moved to Seattle after his previous career as a criminal profiler went down in flames—literally. Burned out, divorced and almost broke, Max needs the job.

After surviving a near-fatal attack, Charlotte and Max turn to Jocelyn’s closest friends, women in a Seattle-based online investment club, for answers. But what they find is chilling...

Praise for When All The Girls Have Gone

“Krentz returns with an intricately plotted romantic suspense novel that satisfies on every level, includes some clever twists with the senior community, and may open the door for a sequel. A terrific read by a stellar author.”—Kirkus Reviews (starred review)

“Krentz’s focus always is on the relationship between her central characters: Complex, strong-willed and vulnerable, they’re at the heart of what might be her best work yet.”—The Seattle Times

“Krentz expertly introduces plausible suspects, weaving in sexual tension between Jack and Madeline and terrifying uncertainty as someone strikes to eliminate the remaining secret-holders. Krentz scores another winner with complex characters and seamless plotting.”—Publishers Weekly

“The characters are engaging, and the story is intriguing. Krentz delivers another twisty, plot-driven romantic suspense novel, with two satisfying love stories in the mix.”—Kirkus Reviews

“Romantic suspense and Krentz are an unbeatable duo...mesmerizing...The bonus with this book—besides the fascinating mystery—is it also delivers two romantic relationships. Settle back and enjoy as Krentz takes you on one thrilling adventure!”—RT Book Reviews (4 1/2 stars, Top Pick)

Jayne Ann Krentz is the author of more than fifty New York Times bestsellers. She has written contemporary romantic suspense novels under that name, as well as futuristic and historical romance novels under the pseudonyms Jayne Castle and Amanda Quick, respectively. There are more than 35 million copies of her books in print.
Loading...
or
Not Currently Available for Direct Purchase