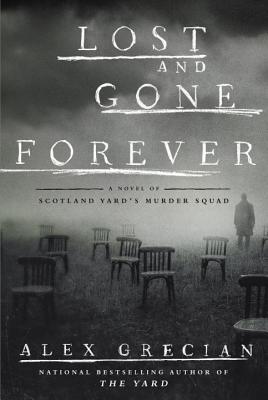 Many changes have happened to the Murder Squad. Rash actions have cost Sergeant Nevil Hammersmith his job, and in response he has set up his own private detective agency. Inspector Walter Day has been missing for a year, and no one knows where he is—though there is a strong suspicion that Saucy Jack has him. Hammersmith has made finding Day his primary case, and he has company—a pair of bounty hunters, a man and a woman. It is only gradually that he has come to realize that they are not what they seem . . .

Praise for LOST AND GONE FOREVER

“…completely engrossing… fans of the series will bask in the Victorian atmosphere.” —Booklist

“Jack the Ripper meets his psychopathic equal in this macabre tale of late Victorian England… in this fifth installment about the hunt for England's most famous serial killer… you're in for quite a ride.” — Kirkus Reviews

“The gritty descriptions of Victorian London are a major highlight of the series, making this a solid choice for fans of the time period.”  — Library Journal

"Filled with thrill and suspense from the beginning to the end, this book is highly recommended!" —Mystery Tribune

“The Devil’s Workshop is a historical thriller that moves quickly and surely, bringing Jack the Ripper back from the realm of nightmare to the streets of London. Saucy Jack may be one of the most disturbing characters ever written on the page—again.” —Kirkus Reviews (starred review)

“In The Harvest Man, Grecian brings his graphic and dramatic skills to bear in a harrowing psychological drama, narrated with a visual accuracy that is the stuff of nightmares. Prepare yourself for a compelling mix of psychological thriller and historical mystery.” —Booklist (starred review)

“Grecian is skilled at creating menacing villains and sympathetic secondary characters. The nonstop action (in The Harvest Man) would make for a strong BBC America series.” —Library Journal

“Grecian has a remarkable way of pulling the reader in and down, into the swirling dark. We emerge from this tale dazed and awed.” —The Huffington Post

Alex Grecian worked for an ad agency before returning to writing fiction full-time and raising his son. He is the author of the critically acclaimed graphic novel series Proof and Rasputin, and is the author of five Murder Squad novels. He lives in Topeka, Kansas, with his wife and son.
Loading...
or
Not Currently Available for Direct Purchase