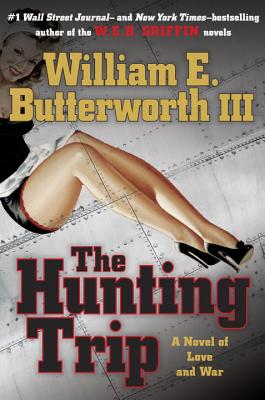 A Novel of Love and War

From the #1 New York Times-bestselling author of the W. E. B. Griffin novels comes a rollicking story of love, war, and adventure. As the author of the electrifying W. E. B. Griffin novels of the military, police, spies, and counterspies, William E. Butterworth III has been delighting readers for decades--but he has a special treat for them now. At the tender age of sixteen, Philip W. Williams III is expelled from boarding school for committing a prank, and on the train home naturally wonders where his life will take him now. It never enters his mind that he will become a world-class marksman and a special agent of the U.S. Army Counterintelligence Corps in postwar Germany, play a key role in the defection of a Soviet officer and then court danger as a courier for the CIA, marry an Austrian ballet dancer of ferocious mien, become a renowned bestselling novelist, and meet the love of his life on a hunting trip to Scotland. Yet all of this, and a great deal more, awaits him, in a raucous series of adventures across Europe and the United States that will have readers laughing, cheering, and propulsively turning the pages to discover what happens next. It is a novel that only Bill Butterworth could write--and that his millions of fans will enjoy.

William E. Butterworth III is the author of more than 150 books, most notably the W. E. B. Griffin novels--more than fifty New York Times bestsellers in the Brotherhood of War, Corps, Honor Bound, Men at War, Badge of Honor, Presidential Agent, and Clandestine Operations series. He lives in Alabama and Argentina.
or
Not Currently Available for Direct Purchase