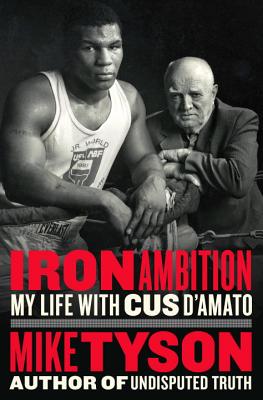 
Praise For Iron Ambition: My Life with Cus D'Amato…

“In this tender and disturbing hybrid of memoir and biography, former heavyweight boxing champion Tyson examines one of the most unusual characters in boxing history…. Tyson’s love for Cus D’Amato is more than apparent, but it doesn’t lead him to downplay his teacher’s myriad faults.”
—Publishers Weekly (starred review)

"The boxing champion, infamous for biting and beating, reveals his soft side in this memoir of his longtime mentor and trainer.... [Tyson] writes respectfully and affectionately [about Constantine 'Cus' D'Amato], though some of the old toughness hangs on.... A belated but welcome homage to a boxing legend who died shortly before Tyson's career took off. Fans of the sweet science will want to have a look."
—Kirkus Reviews

Larry “Ratso” Sloman is best known as Howard Stern’s collaborator on Private Parts and Miss America. Sloman’s recent collaborations include Mysterious Stranger, with magician David Blaine; Scar Tissue, the memoir of Red Hot Chili Peppers lead singer Anthony Kiedis; and Undisputed Truth with Mike Tyson. His biography of Houdini, The Secret Life of Houdini, is soon to be a major motion picture for Lionsgate.
Loading...
or
Not Currently Available for Direct Purchase