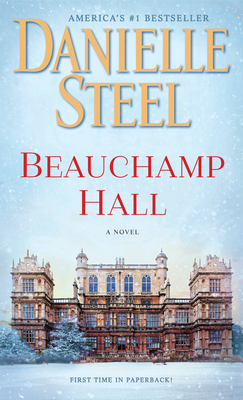 NEW YORK TIMES BESTSELLER • Danielle Steel tells the uplifting story of an ordinary woman embracing an extraordinary adventure, and the daring choice that transforms her world.

Winona Farmington once dreamed of graduating from college, moving to New York City, and pursuing a career in publishing. Then real life got in the way when she left college and returned to her small Michigan hometown to care for her sick mother.

Years later, stuck in a dead-end job and an unsatisfying relationship, Winnie has concluded that dreams were meant for others. She consoles herself with binge-watching the British television series that she loves, Beauchamp Hall, enthralled by the sumptuous period drama set on a great Norfolk estate in the 1920s. The rich upstairs-downstairs world brilliantly brought to life by superb actors is the ultimate in escapism.

On the day Winnie is passed over for a long-overdue promotion, she is also betrayed by her boyfriend and her best friend. Heartbroken, she makes the first impulsive decision of her conventional life—which changes everything.

She packs her bags and flies to England to see the town where Beauchamp Hall is filmed. The quaint B & B where she stays feels like home. The brother and sister who live in the castle where the show is filmed, rich in titles but poor in cash, are more like long-lost friends than British nobility. And the show itself, with its colorful company and behind-the-scenes affairs, is a drama all its own. Winnie’s world comes alive on the set of the show.

What happens next is the stuff of dreams, as Winnie takes the boldest leap of all.  Beauchamp Hall reminds us to follow our dreams. . . . You never know what magic will happen!

Danielle Steel has been hailed as one of the world’s most popular authors, with over 650 million copies of her novels sold. Her many international bestsellers include In His Father’s Footsteps, The Good Fight, The Cast, Accidental Heroes, Fall from Grace, Past Perfect, and other highly acclaimed novels. She is also the author of His Bright Light, the story of her son Nick Traina’s life and death; A Gift of Hope, a memoir of her work with the homeless; Pure Joy, about the dogs she and her family have loved; and the children’s books Pretty Minnie in Paris and Pretty Minnie in Hollywood.

Praise For Beauchamp Hall: A Novel…

“What counts for the reader is the ring of authenticity.”—San Francisco Chronicle
or
Buy Here
Copyright © 2020 American Booksellers Association