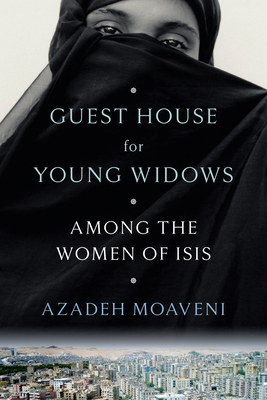 “A fascinating dive into the lives of women who aided or flocked to Isis. . . . Moaveni portrays her subjects with nuance, and even a dose of compassion—an approach that yields a far better understanding of Isis than more sensationalist accounts.”—Financial Times

“Journalist Azadeh Moaveni uses years of powerful, intimate reporting, including interviews with women who joined the Islamic State, their families and their communities, to show how smart young girls, girls who watched The Princess Diaries and went to Zumba classes, became radicalized. . . . All of the detail and history allows Moaveni to describe these girls in a way that’s both relatable and admirably anchored in context.”—Minneapolis Star Tribune

“A master class in illustrating the big picture through small stories . . . An illuminating, much-needed corrective to stock narratives, not only about the group that deliberately and deftly terrified officials and publics across the world, but also about the larger ‘war on terror’ and the often ineffective, even counterproductive policies of Western and Middle Eastern governments.”—Anne Barnard, The New York Times Book Review

“Azadeh Moaveni has achieved a feat of reporting to provide a rare glimpse into the private lives of these ordinary people caught up in extraordinary events. Brave, visceral, moving; essential reading for anyone seeking to understand so much of the violence in our troubled world.”—Ben Rawlence, author of City of Thorns

“In concise, visceral vignettes, Moaveni immerses her readers in a milieu saturated with the romantic appeal of violence. The result is a journalistic tour de force that lays bare the inner lives, motivations, and aspirations of her subjects.”—Publishers Weekly (starred review)

“Sure to become a modern classic . . . Moaveni persuasively argues that the West’s broad narratives of radicalization fail to account for the lived experiences of Muslim women. . . . The stories are utterly captivating. . . . I couldn’t put the book down.”—BookPage (starred review)

“Guest House for Young Widows offers unprecedented insight into the recent history of Tunisia, Syria, and Iraq as well as the rise of trans-national political movements. . . . This detailed book is an essential addition to library and academic shelves.”—BookBrowse

Azadeh Moaveni is a journalist, writer, and academic who has been covering the Middle East for nearly two decades. She started reporting in Cairo in 1999 while on a Fulbright fellowship to the American University in Cairo. For the next several years she reported from throughout the region as Middle East correspondent for Time magazine, based in Tehran, and covered Lebanon, Syria, Egypt and Iraq. She is the author of Lipstick Jihad, Honeymoon in Tehran, and co-author, with Shirin Ebadi, of Iran Awakening. In November 2015, she published a front-page piece in The New York Times on ISIS women defectors that was a Pulitzer Prize finalist as part of the Times’s ISIS coverage. Her writing appears in The Guardian, The New York Times, and The London Review of Books. She teaches journalism at NYU in London, is a fellow at the New America foundation, and is now senior gender analyst at the International Crisis Group.
Loading...
or support indie stores by buying on
(This book is on backorder)