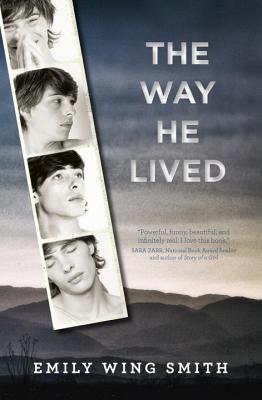 The Way He Lived

A new edition of the raw and heartbreaking YA debut about one gay teen’s sacrifice and the community that can’t come to terms with the way he lived.

Sixteen-year-old Joel Espen died of thirst and heat exhaustion while on a hike in the Grand Canyon. He collapsed in a desperate attempt to get water for his friend. In the aftermath, everyone said was the strongest, bravest, and kindest young man anyone knew. But nobody really knew him.

The novel tells the story of Joel’s life and death through the memories of those who grew up around Joel. As each character presents a piece of the boy they knew, it becomes clear that however much people loved and admired Joel, there was something about him they could never quite admit—could never bring themselves to see. The heartbreaking tragedy was not only Joel’s death, but that in his life the people who loved him most, couldn’t accept him for what he was.

The Way He Lived is an unsparing story of a teen’s life and death and legacy in a small community told with nuance and subtlety.

Winner of the 2009 Utah Book Award

Praise For The Way He Lived…

Winner of the 2009 Utah Book Award

"It’s a testament to Smith’s skills that although her central character speaks only through other people’s recollections, his identity emerges distinctly by the end of the novel."
—Publishers Weekly, starred review

Emily Wing Smith received her masters degree in writing for children and young adults from Vermont College is the author of Back When You Were Easier to Loveand The Way He Lived. She lives with her husband in Salt Lake City, where she writes, bakes chocolate chip cookies, and occasionally substitutes at her old high school (which hasn't gotten any less odd).
Loading...
or
Not Currently Available for Direct Purchase