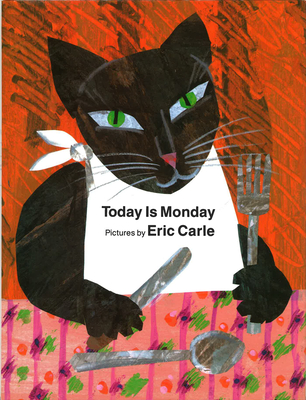 String beans, spaghetti, ZOOOOP, roast beef, fresh fish, chicken and ice cream are the delicious fare during the week in this popular children's song. Until Sunday. Then, all the world's children are invited to come together and share in the meal. Celebrated artist Eric Carle brings new energy to these much-loved verses as lively animals parade across the page, munching on favorite dishes, and introducing young readers to the names of the days of the week. Both art and song invite children to join in the procession and sing along.